Aisha is a new character introduced in Metal Slug Attack.

A dancer with incredible speed, Aisha applied to Abul Abbas' army to serve him. She holds a great deal of respect for him and her country, apparently oblivious to the fact that most of the Rebel Army considers Abul to be a laughingstock.

In battle, she uses her speed to evade incoming attacks, using a small dagger that she can charge up with energy to perform an array of deadly, but colorful attacks.

First appearing in the Extra Ops "Dancing Brave", Abul was going to tell Shizuka to destroy the new Union 03 created by the Ptolemaic Army. Aisha appears before Shizuka leaves, asking him to assign the task to her instead. She then began to praise Abul (calling him the master of wisdom), baffling the two. Abul allowed her to destroy the Union 03.

She later finds the Union 03 and severely damages it, with some help due to Dragunov and Veronica quarreling over who should drive it. After completing the mission, she returns to Abul and is delighted to be praised by her, causing an awkward moment.

When Abul begins wondering what to send for his report to the Rebel Army, Aisha tries to lift up his mood by reminding him of the improvements he made to his Iron Nokana. While Abul thanks her for the reminder, he knows that he would still be ridiculed, so Aisha goes off to the ruins to pilfer some treasures. On the way, she spots a dancer with suspicion, although the dancer could sense her intent and confronts her. The dancer's partner, Sekhat, soon recognizes Aisha and calls her a "burden" to the Rebel Army, much to her annoyance. She fights Wepset; the two end up in a standstill, before Wepset ends the fight by gifting Abul a poison-laden ring after he compliments her dancing. Aisha then retreats with Abul, promising revenge on the two if Abul is harmed in any way.

When Abul heads off for a mission, Aisha asks if she can accompany him. He refuses, leaving her heartbroken as she goes to a tavern, gets drunk and instigates a fight before falling unconscious. During this time, she ends up in the body of one of Cleopatra's servants. Cleopatra senses her soul and Aisha explains her woes to her. Cleopatra gives her sound advice and she helps her restore the Pharaoh after he goes into a berserk state. The experience grants Aisha a new perspective what love means. When she comes to, she finds Abul and Shizuka waiting for her. She takes Cleopatra's advice and begins fixing her relationship with both Abul and Shizuka, the latter of which was initially antagonistic. 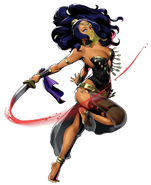 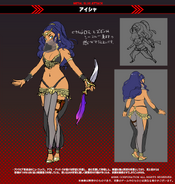 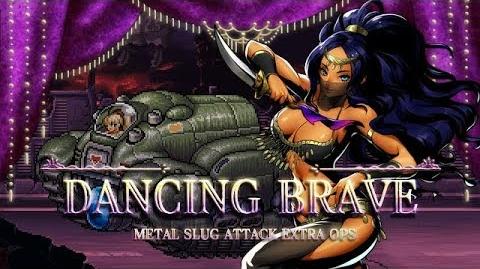 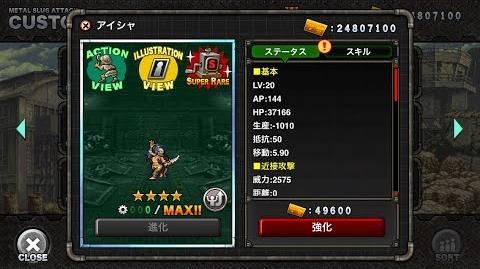