An Invader inventress, she's Odette's older sister. She's both impulsive and impatient, as she wants results quickly and because of her busy schedule, is unable to linger around for prolonged periods of time. The Vanguard Type-A was created for her. Annette has some influence in the Invader ranks, since she has enough authority to command the Metzelei.

She has a very good bond with Odette; whenever she talks with her, she always does so in a polite and patient manner, contradicting her impulsive personality. It is revealed in Another Story that Annette is Odette's younger sister, though she does not reveal this relationship to Invader high command because she feels that they would look at it as if she was spoiling her.

First appearing in the Extra Ops "Signs of Curse", she confronts a cursed Ptolemaios with his Special Forces soldiers. At the conclusion of this Extra Ops, she defeats him and his soldiers, just as Odette arrives on the scene.

In "Fall of Disaster", Annette is accompanied by Schwarz Metzelei on a mission to Earth. Schwarz is delighted with the amount of food on the planet and while she is feasting, Annette obtained what she wanted and tells Schwarz they are leaving. Schwarz is hesitant to leave, but Annette manages to get her on board after threatening to leave her on the planet.

Annette would later pair Nowan with Fedeln Metzelei on an undisclosed mission to Earth. She would also pair Odette with Rillacle to obtain information from a new Union model being built by the Ptolemaic Army.

Annette later talks with Odette when the latter gets bored in space when Franke walks in on their conversation. She tells him the last of the four Heavenly Kings (Metzeleis) is ready for deployment, which causes her considerable concern as she knows he will destroy Earth.

Geweih later oversees Schwarz's awakening, which is a success. Annette is tasked with accompanying her for the mission, much to her annoyance, but she complies regardless. While exploring, they encounter a Flame Caterpillar which also calls in minions to attack the two. They kill the Flame Caterpillar, and Annette watches Schwarz consume it. As a result of her mutations, Schwarz soon finds herself full faster than usual, prompting Annette to joke that it's because her stomach is full. Schwarz then collapses on the spot, forcing Annette to carry her back to the ship.

Invader high command later assigns Annette, Odette and Nowan on a mission to investigate more golden weapons on Earth. Odette, having learned more about Earth culture, "grows" some wings, much to Nowan's annoyance. Annette quickly silences Nowan, refusing to let them ruin her younger sister's time before reminding her of their primary objective. Odette soon returns with a briefing, before asking to go where the winged character is to play with them. Nowan states that she isn't real, and Annette tries to quiet them, but is too slow to do so. Odette is disappointed by this, but Annette promises to take her to the location at least for her efforts.

Annette first appears in the story titled "What I Need to be Myself", where she responds to Odette's distress call. Before the Rebel Army can experiment on her, Annette attacks and rescues her, though she quickly realizes that the Odette in front of her is Nowan. Allen Jr. deploys the Emain Macha twins to stop her, but she destroys them with ease. The two later rush to the building Odette is in before leaving Earth for the Invader homeworld. When Nowan asks Annette how she was easily able to discern them from Odette, she tells them that there was a small detail that they did not cover.

Annette later hands in her reports, unable to attend Christmas with Odette. However, she quickly returns home with Nowan to find a sleeping Odette, a Christmas spirit and Midori. Annette states that it is her first time celebrating Christmas, as the Invaders simply take what they want as they please, but puts a gift in one of the stockings.

Later on, Annette pairs Nowan with Schwarz on a mission to Earth, much to their dislike. Odette tells Annette that something is off with Nowan, and she reluctantly allows her to accompany them. When the two return, Annette learns that Schwarz tried to eat Nowan and harm Odette; when Schwarz attempts to contact Annette for a new ship, she hangs up on her as punishment.

Win animation with Odette not included in either players' deck.

Win animation with Odette in either players' deck. 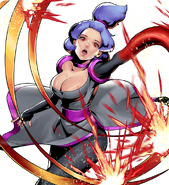 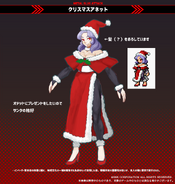 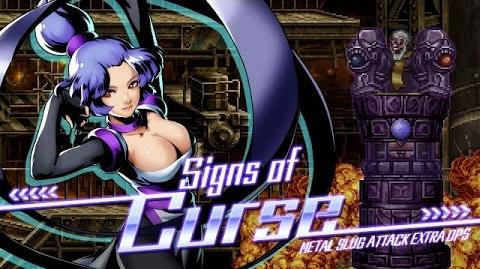 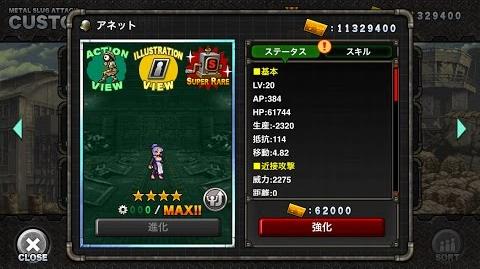