Sucking blood
Aswang is a new unit that is introduced in Metal Slug Attack.

A self proclaimed "vampire", Aswang frequented a certain town with her bat familiars in tow.

One day, she encountered Vatn, who was hired by the town to drive her out. Vatn severely wounded her with silver bullets (causing her to become allergic to metal in the process), though she survived. She is searching for Vatn so that she can exact revenge on him.

The exact reason for this is revealed in her story, where she was in a romantic relationship with Vatn; however, because she charmed him into bringing her a town's worth of villagers for to feed on, Vatn eventually regretted it and vowed to never let it happen again. This caused him to severely wound her, though he had believed her to be dead.

She makes her first appearance in "Strange Town" (as Snatch Wars does not have dialogue), where she goes incognito by donning a different outfit. When Teresa arrives at the town to look for Vatn and to investigate a string of disappearances, the two are attacked by a Giant Hunter Walker. Aswang kills the Giant Hunter Walker and learns that Teresa is looking for Vatn. Assuming the worst, she binds Teresa on the spot, warning her to stay away from Vatn or her life would be forfeit before leaving.

Aswang hosts a Halloween party, as it is the only time where both the living and dead can mingle. She hosts the party to get Vatn's attention, having recruited Caroline, Percier and MS-Alice to her cause. All three of her recruits are defeated and quickly side with Vatn. When the two meet, they start arguing over who was wrong and their past is revealed to the three girls. Aswang unleashes a Big John on Vatn, though he easily destroys it and overcomes her.

Vatn is about to kill Aswang when Caroline intervenes and she claims that she has changed her ways, as she only feeds in self-defense and very little at that. Vatn allows her to leave, where she promptly transforms into a bat and departs from the area as the party is over. 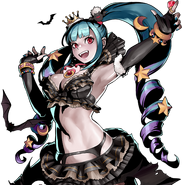 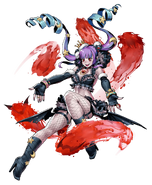 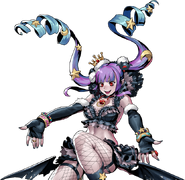 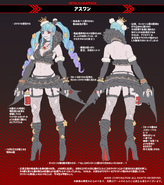 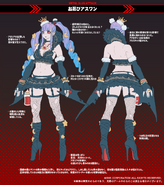 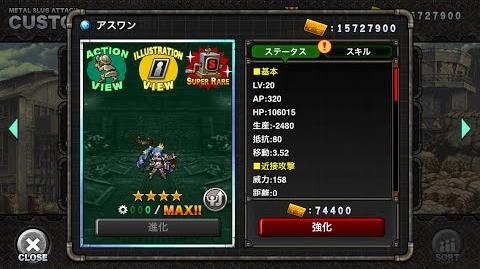