Cara is Mira's assistant. While doing a task for Mira, she went into her private quarters and touched a mysterious stone, which transformed her in a manner similar to Sally.

In battle, Cara wields massive shears that are taller and heavier than her, but she wields it like it was nothing. Unlike Mira's subordinates, the transformation allows Cara to manifest armor of some sorts as part of a special attack.

Cara enjoys sewing, having made a rabbit companion, "Mr. Cartman", who she considers to be her friend. Despite her appearance, Cara is both insane and sadistic.

First appearing in "Lunatic Providence", Cara is first talking to Mr. Cartman over a former love that left her. Mr. Cartman states that humans are fickle creatures that run from love, and suggests to cut her feet off next time. She refuses, as she would hate her for doing so, but Mr. Cartman tells her that she needs to put her mind into it. During her walkabout, she finds Sally and they run into a Magma Centipede. Cara finds herself inside the beast but manages to fight her way out and rejoin the cultists.

She later accompanies Beecham for an operation against the mummies. Her behavior creeps Beecham out as she continually talks to Mr. Cartman. During the battle against the mummies, she takes the two pendants Beecham had brought along, now filled with dark energy and throws them into the gate to see what would happen. Anastasia IV pops out of the gate and it stops spewing demons, but apparently not realizing she had done it, begins to grow annoyed while Mr. Cartman insists she make them thank her. 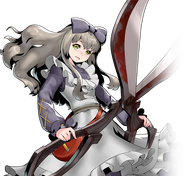 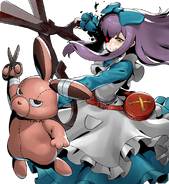 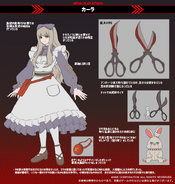