An alien humanoid hailing from another planet, Clario's home planet was destroyed by the Invaders. She managed to escape, and was put in deep cryostasis while drifting around the cosmos thanks to her technology. The Martians would eventually recover her, though she was extremely jetlagged due to the amount of time spent in stasis. Her equipment was the only thing that she took alongside her, and it is far more advanced than that of the Martians.

Due to her jetlag, Clario likes to spend a lot of time sleeping.

First appearing in "Try Line 6th", Clario is recovered by the Martians and brought to the Rugname. Percier has the Gemini Twins introduce themselves to her. The twins are nervous, but soon realize that she is still sleeping despite her eyes being wide open.

She later accompanies a group of Martians to Earth, where they are overwhelmed by the Regular Army and their Slug Square. When the Regular Army soldiers try to approach her, they activate her equipment's defense system, which proceeds to destroy the Slug Square with ease. The twins soon catch up with Clario and are surprised by the damage she caused. Clario tells them to wake her up when they return to the Rugname, falling back asleep again.

Clario is taken by the Mars Rangers to defend a mine from a large military conglomerate, but she falls asleep during the operation. In one instance, she encounters Ido, but the woman notes that she is asleep before her equipment activates to defend her. She is later teleported out with the Rangers by Bonny before Ido could kill them. Bonny, who was left exhausted from the teleportation, falls asleep, only for Clario to wake up and chastise Bonny for pretend-sleeping.

The Professor later removes Clario's limiter and informs her that humans are her enemy, prompting her to visit Earth and begin annihilating enemies with her newly tapped powers. Accompanied by an enhanced clone of Eri, the pair run into the Regular Army. During the battle, Clario unleashes her strongest attack, but the Regular Army is able to get out of its range. The attack leaves Clario exhausted and she soon falls asleep. 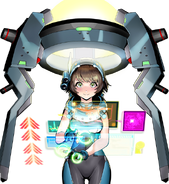 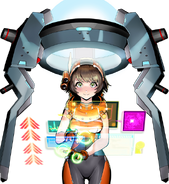 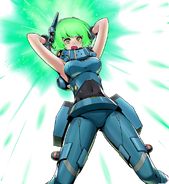 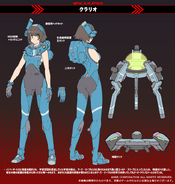 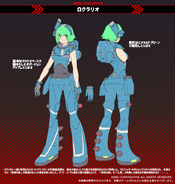