Clone Betty is Clone Abby's younger "sister", created by the Professor after witnessing the results of Clone Abby in battle. The Professor took what he knew of Beatriz and removed most physical emotions, and as a result she's nicer than the original and can also make quick calculations. Outside of collecting data for the Professor, she also watches over the Mars People Rangers.

Like the original she was inspired from, Clone Betty carries a handheld ice cannon to freeze her enemies. She also has wireless steam compressors which can generate ice cubes that can be used both offensively and defensively.

First appearing in "White Breath", Clone Betty is awoken by the Professor. After becoming aware of her surroundings, the Professor sends her along with the Mars People Rangers to attack an Amadeus research facility. They deal significant damage along the way and nearly threaten Amadeus' plans just as White Baby hacks her AI, prompting the Martians to withdraw. The Professor, who had been watching, had shut her off and had the virus removed shortly afterwards.

After fixing her AI, the Professor asks her to mimic a beast's roar. She is confused and asks the Professor to get straight to the point. He tells her that she is to acquire research data from another Amadeus facility. As she infiltrates the facility, she runs into Alma and is forced to retreat after being critically damaged by her. Returning to base, she apologizes to the Professor for her failure, though the Professor reassures her she still obtained valuable information from the fight with Alma.

First appearing in "We Are the Mars People Rangers", Clone Betty is sent with Clone Abby to collect data from the Mars People Rangers as they test out their new equipment. While watching them, she notices Clone Abby and the Martians are missing; the former because the Professor had given her another mission, and the latter have gone too far ahead. She decides to search for the Mars People Rangers and finds them being overwhelmed by Beatriz and her guards. As her first primary is to ensure they are alive, she takes incoming fire and doesn't fight back until she notices Healer has recovered. The recovered rangers put up a hard fight against Beatriz, and during their fight, Clone Betty hears a familiar sound; her sister has returned. They then take the rangers back to the Rugname and submit their data to the Professor. 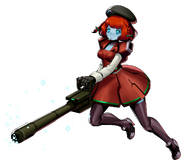 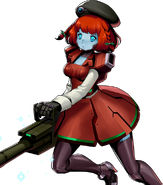 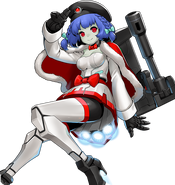 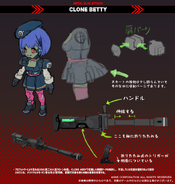 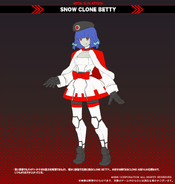