He is a billionaire who lives in the Sand Kingdom. At some point he invented an armored suit powered by plasma and equipped with a high-powered jet engine; this helps him protect the Sand Kingdom from criminals.

He is cool and calculating, though with a somewhat sharp tongue. He collects weapons and equipment as a hobby, being one of Kelly's major clients. He is very tolerant of other races, as shown by his acceptance of Odile and Swordeist, provided that they don't cause trouble in his lands.

El Dorado first appears in the Extra Ops "Golden Soldier", where he repels an attack by Abul and his lackeys, who use the Assy Nero. El Dorado soon takes custody of Abul to face judgement for his crimes against the Sand Kingdom.

When the Zoni Doloma causes havoc in the Sand Kingdom, El Dorado hired several mercenaries to assist him in killing the creature. Kelly also came to assist him, as he is one of her best clients. Prior to the attacks, El Dorado found a girl in the desert who called herself Odile. He was aware she was an alien, but he decided to put her under his care and began teaching her about humans.

El Dorado later allowed Odile to leave and stumbled into her and another alien sometime after, where he helps the other alien and commissions them to fight the Flying Hermit Ace and Rain Jellyfish on his behalf. He watches Odile continually embarrass the other alien, and would always be there whenever she returned to Earth to find swordmasters to fight.

The Rebel Army, experimenting with the Big Gate, bring a woman from the future who nearly causes havoc in the town. El Dorado asks her what business she has in the town, only to be attacked. He then deduces that she is a robot, but before it can fight at full power, Vita arrives and takes her away. Sometime after this, he soon encounters Cleopatra and her servants, initially mistaking her to be a cosplayer, though he states that she looks familiar as he has a painting of her at the palace. Cleopatra and her servants soon leave, prompting him to chase after them. He witnesses her battle and realizes that Cleopatra has returned and follows the group as a loyal servant, to avoid angering her. After the Big Gate breaks down, Cleopatra orders him to fix the portal, which he does. The three mummies then enter the portal before it collapses yet again, prompting him to wonder if he should have gone with them, before shrugging it off. 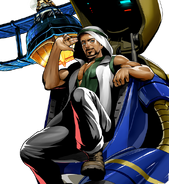 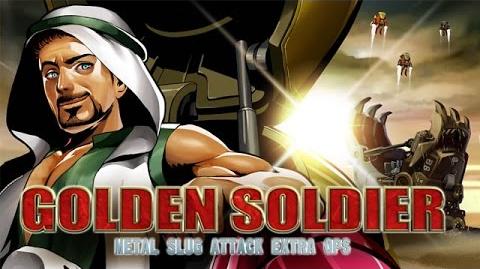