A pirate from the past, Elysion was an average pirate, but became skilled after several years had passed, eventually becoming a captain and avoiding the authorities at every turn. Her greed and skill eventually overwhelmed her, causing her to indiscriminately attack both boats and ports. Eventually, she was met by a "black sailboat", which removed all traces of her. The remains of both her and her crew were washed ashore onto a nearby island, which was then enveloped in fog. Ships that approached the island were sunk to the bottom of the sea, giving it the nickname "Cursed Island". Rumors also spread about her great treasure that was hidden on the island.

The curse revived both her and her crew, though they were initially limited to the island. Though initially horrified, she eventually realizes her greed became her undoing, and vows to return to the sea once more. However, in her initial appearance, the curse came from the Monoeye UFO, which is not mentioned in Another Story. Elysion can change her skin color at will, alternating between her natural blue and standard human skin.

In battle, she summons similarly cursed creatures to her aid (jellyfish, fish, squid, huge morays and even the Cyclobster) to overwhelm her enemies. She is fond of drinking, as shown in her victory sprites.

First appearing in the Extra Ops "Clash of the Worlds", she finds herself mutated and searches for the Monoeye UFO to destroy it. Upon discovering the Monoeye UFO, she summons three krakens to penetrate the glass dome, destroying it.

Elysion's rest is later disturbed once more as the Regular Army launches an underground expedition to chart the cave system on her island. Waking up with new powers, Elysion destroys one of the mapping machines, a Walk Machine Type-B, and finds several Try Coins in the process. Being her first Try Line, Elysion looks at the shop list and chuckles as she understands how it works. She finds the modern era appealing as she gets rewarded for destroying, calling her crew to assist her in getting some loot. In the process, she destroys the Digger Base and claims all of the items in the Try Line Shop as her own.

Wandering around aimlessly, Elysion soon comes upon a distress signal from Philia to help fight the Ptolemaic Army. Woefully bored and seeking a challenge, Elysion assists Esther and her people in repelling the assault. After the Ptolemaic Army retreats, Philia thanks Elysion for her assistance and promises to help break her curse no matter how long it takes, much to her interest and respect as she leaves with a slight smile on her face.

First appearing in "Little Song", Elysion and her crew are reanimated by the seal being broken by Aileen and her pirates. She initially repels a Martian attack, though she is still able to sense more living beings and sends out the local wildlife to deal with them. Aileen and her pirates soon battle Elysion and her crew. Elysion is disappointed by the path Aileen follows, as it was the one she had done centuries ago. The Ghost Shiee eventually arrives as backup, but is destroyed by Halle and Mars People Pocket, causing her to fade away with her supposed treasure. 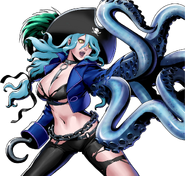 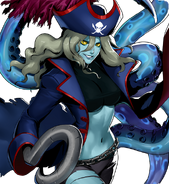 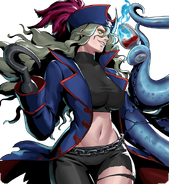 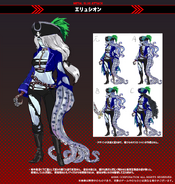 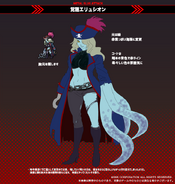 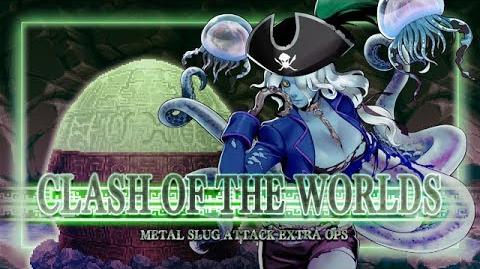 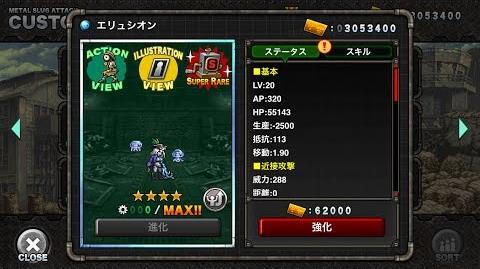