An orphan who was abandoned in front of a church, her earliest memory is escaping the church and becoming the leader of a street gang. Her leadership skills were discovered by the Government Forces Intelligence Agency, who gave her special training as a spy. Eri, however, found assassination and subterfuge missions to be heavily distasteful, so she applied to be transferred to S.P.A.R.R.O.W.S., of which she was specially granted considering her ability and deeds.

In the Second Uprising, she showed exemplary performance in suppression operations and stopped Morden's Army from executing the uprising. She was promoted to staff sergeant.

Eri is also known as the "Memphis Bomb Princess" due to her extensive use of grenades. This is shown in her MSA infobox and a conversation with El Dorado.

In Metal Slug 6 and Metal Slug 7, Eri is skilled in using grenades. She can aim her throws, not to mention her grenades cause more damage and she picks more grenade ammo.

Eri has blonde hair and brown eyes. She wears a green bandanna on her head, a green vest with a white T-shirt/tank top underneath, wrist bracelets (sometimes gloves), dark green short shorts held by a belt with a silver buckle, knee pads, socks and a pair of army boots. 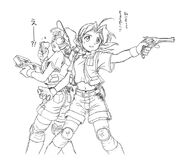 Eri and Fio on the battlefield

Designs for Eri and Fio for underwater missions 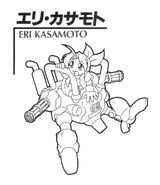 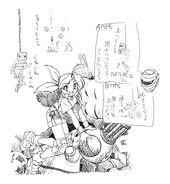 Eri and Fio on the beach 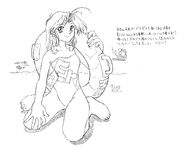 Eri in a swimsuit 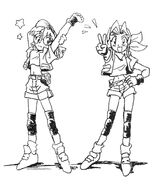 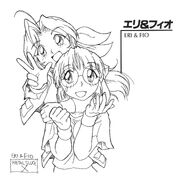 Eri and Fio taking a photo

Fat versions of Eri and Fio 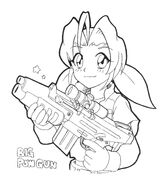 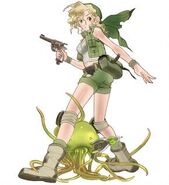 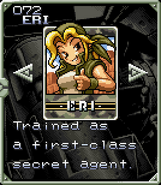 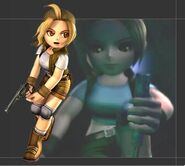 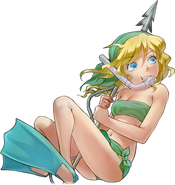 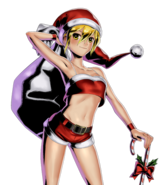 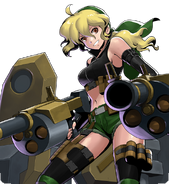 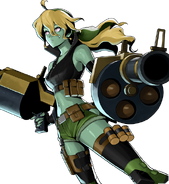 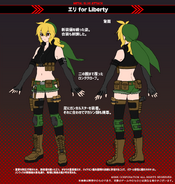 Fat versions of Eri and Fio 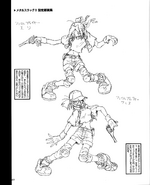 Zombie forms of Eri and Fio
Community content is available under CC-BY-SA unless otherwise noted.
Advertisement