A young woman from a minority people, she lives in an underworld with a unique ecosystem. Since this peace-loving girl became her clan's representative, conflicts have decreased and negotiations for a co-existence pact have been moving forward bit by bit. Minerva has taken care of Esther, acting as a mother figure and chaperon to her.

She's able to perceive her surroundings even in darkness. This is due to her ability to sense a light emitted by all living beings, which is enhanced by her special face-mask. She is accompanied by a caterpillar called "Minidee", a tiny golden caterpillar, who is her best friend and was born the same day as her. Grandee is its parent, who Esther can call in battle to assist her.

First appearing in the Extra Ops "Glow in the Dark", she and her subterranean friends fought off an unwelcome Ptolemaic attack, calling Grandee to ram a Deep Sand Marine out of the area.

Due to the invasion of the Rebel Army following the events of Another Story, her clan eventually moves back underground. She is on patrol with Minerva when they hear reports of an intruder on the surface. Minerva believed they should take no chance and dispatch all the warriors, but Esther persuades her to check it out themselves as she does not want to engage in another war and relocate. They soon discover the intruder, Clark, who is being attacked by Grandee and several smaller caterpillars. Esther notes that he does not want to fight and orders Grandee to stand down, observing Minerva converse with Clark.

In the story "False Peace", her clan apparently moved to the surface on a remote island following the Ptolemaic attack. She serves as her clan's guardian, and is paid a visit by Allen Platoon upon hearing of her strength and that her clan has a Huge Hermit in their custody.

She greets the platoon and orders them to leave, refusing to join their side because she knew they would destroy the village regardless if she joined or not. She also notes Huracan is different and laughs at the thought that she actually joined the Rebel Army to save her village. Since the platoon refuses to leave, she calls in the Huge Hermit, but it is defeated and captured by them. After its defeat, she calls in a swarm of Huge Locusts before disappearing. 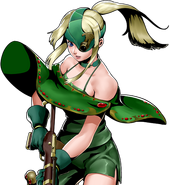 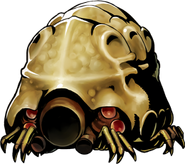 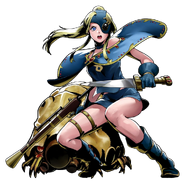 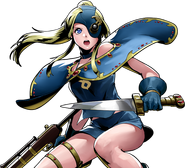 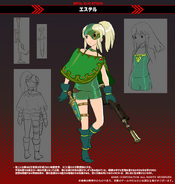 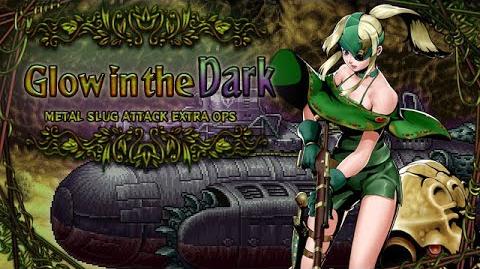 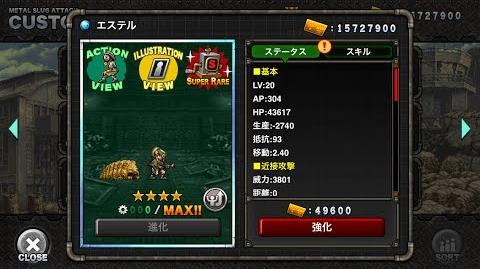