No information
Gisee is a character introduced in Metal Slug Attack, debuting in the Guild OPS Try Line 4th.

Gisee is a young girl who has an unknown relationship with Midori. For reasons unknown, she speaks rather slowly.

She is equipped with experimental E.G.Gs, three egg-shaped like laser devices inspired by Abigail's laser drones. She also uses accompanying headgear and gauntlets to help improve accuracy and perform more flexible attacks with the E.G.Gs.

First appearing in "Try Line 4th", Gisee is sent out to tackle a Land Blowfish, which she successfully destroys with her weaponry. Back at base, Midori decides to go shopping with Gisee with all the Try Coins accumulated from the operation.

She later saves Midori from former humans alongside Tyra after getting reports of people being abducted and concerns that illegal experiments are being performed. 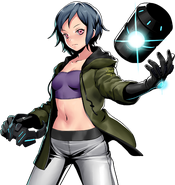 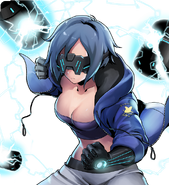 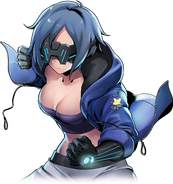 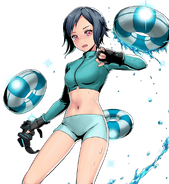 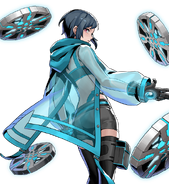 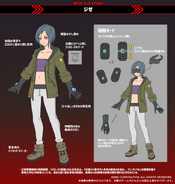 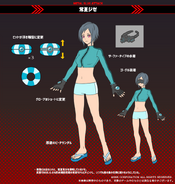 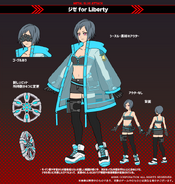