The Slug first shows up after Hilde Garn enters the Rebel Truck's room. The Slug's size appears to be more than twice as that of the SV-000. It is able to fly and jump around using the rocket thruster on its back.

The actual fight begins at the Rebel Zeppelin. Whenever the Slug jumps and hovers in mid-air, it shoots from its Vulcan guns in a downward curve. Lacking a cannon, Hilde Garn's Slug fires homing missiles from two shoulder-mounted launchers. The Slug is capable of performing the Metal Slug Attack without self-destructing. If the Slug falls off the zeppelin, it will pop out from behind.

The top of the Slug pops out when enough damage is given. The Slug's only attack at this point is using its Vulcan to fire in a circular pattern. Once the Slug is fully destroyed, Hilde Garn falls to his death, and the Hero uses his parachute to escape.

While Hilde Garn himself does not appear in this game, his Slug has been rebuilt and fights in Mission 37 (Lone Assault). It only has two attacks, the downward bullet sweep and its missiles, and does not have a second phase nor does it perform the Metal Slug Attack. 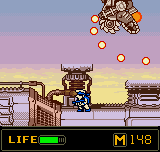 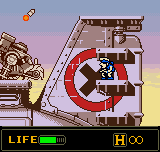 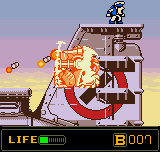 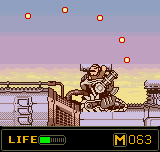 Second phase.
Add a photo to this gallery 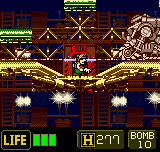 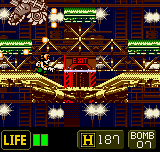 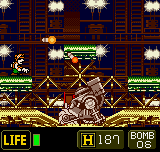 Homing Missiles
Add a photo to this gallery

Retrieved from "https://metalslug.fandom.com/wiki/Hilde_Garn%27s_Slug?oldid=45520"
Community content is available under CC-BY-SA unless otherwise noted.