2nd Lieutenant of the Regular Army

Hyakutaro is a living-legend, who takes disguise as a POW to help in the battlefield against the Rebel Army. He is able to channel a strange light energy from his palms, then releasing it in a burst.

Once the player frees him from captivity, he will follow them around, launching projectiles which home in on enemies, dealing considerable damage. The energy burst also inflicts damage to any enemy caught in its direction.

Unfortunately, if the player dies, he will stop following and run off screen. He also stops following when the player enters a new area of the mission.

MS2 - Mission 1: Hanging on the left side of the Mosque Artillery.

MS2 - Mission 4: Under the bridge after the Double Decker Bus; the third POW to come out.

MS2 - Final Mission: Shoot up at the left side of the arena; available when the screen locks at the first 02 Door.

MSX - Mission 4: On a stake next to the Rebel Soldiers in the water area.

MSX - Final Mission: Sitting next to the SV-001 on a Landseek after enough hits are taken on the Rugname.

MS3 - Mission 4: Inside a sandbag on the right side of the second 3-Ton Utility Truck.

MS3 - Final Mission: After fighting the first Ring Laser Mecha, shoot up on the pillar. He's the second POW to come out.

MS4 - Mission 5: Hanging right next to the boxes suspended over a pit. Watch out how you rescue him as he may fall.

MS6 - Mission 2: Tied to a stake after fighting the first Di-Cokka.

MS7/XX - Mission 4: Walk a bit at the bottom route and shoot the second POW. He does not appear when taking the detour. 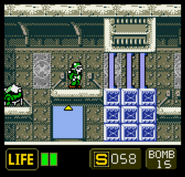 MS2ndM - Mission 18: Requires a Shotgun (found in the beginning of the mission) to destroy the barriers. 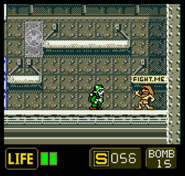 Hyakutaro is a hidden boss found in Mission 18 (Pursuit). He fights by shooting slow homing energy balls from his palms. Once he's defeated, Hyakutaro gives the Iron Knuckle to the player and is added to the game's POW list. He is ranked as a Super Devil in this game, whereas other games has him as a 2nd Lieutenant.

Hyakutaro is a purchasable unit in this game. He attacks by kicking when in close range and shoots homing energy balls in long range. His special attack is firing five energy balls.

Hyakutaro returns in this game. Hyakutaro pieces can be earned through the POW Shop and the Normal/Extra Shop. Hyakutaro can now shoot ten energy blasts.

In both games, various entities of Hyakutaro exist, each one having their own ways of using their energy. It is unknown what relation (if any) they have to Hyakutaro.

Hyakutaro makes his first cutscene appearance as part of a supporter, where it is revealed that he intentionally lets himself get captured by the Rebel Army to gather intelligence and provide support to his rescuers. He holds a level of seniority in the Regular Army and is respected by many, although he intends to retire and live the rest of his life in normalcy. It is also revealed that much like Allen O'Neil, he has a family of his own, although they have not made any appearances yet.

During one of Marco Rossi's Supers he is able to summon Hyakutaro into battle. Once he arrives Hyakutaro will wander around until Marco makes contact with him after which he will charge a powerful energy blast at a random time after contact is made. This provides some unpredictable assaults upon the opponent. The blast is extremely powerful, and he can charge it as soon as he is provoked by the opponent. 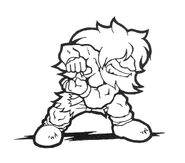 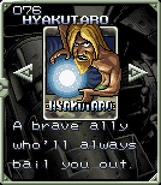 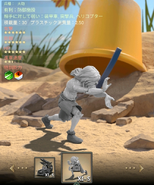