Into the Fray is the fifteenth mission of Metal Slug: 2nd Mission. Only Red Eye has access to this stage. Six prisoners exist in this stage.

Red Eye travels down the Rebel base's insides and outsides. Various Rebels, vehicles, and Mars People show up for a fight.

The Reactor itself has two phases. The first is shooting off the turret that randomly shoots a stream of fire, a laser ball, or an explosive bowling ball while avoiding being crushed by a pillar. The second phase has Red Eye shooting at the Reactor's red spot. A Gatling gun occasionally appears at the center of the reactor and starts shooting from both sides of its gun at a clockwise rotation. Unlike Gimlet's fight, Red Eye starts from the right side of the Reactor rather than from the left.

A hidden route is present at the second half of the mission. In the part where Red Eye travels down an elevator and avoids missile launchers and flying Rebels, a breakable block can be found on the bottom-left corner of B-4 (the number is seen in the background). A blue-colored Rebel can be seen in the hidden room and killing him rewards a weapon powerful enough to destroy the three barriers. After fighting the Sarubia, drop down and enter the door to a new route. 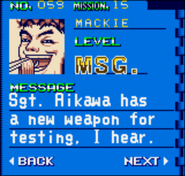 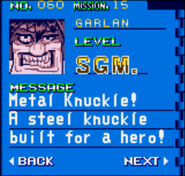 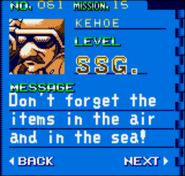 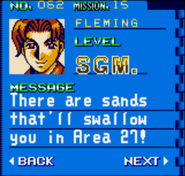 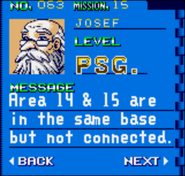 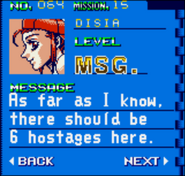