A samurai hailing from the same village as Yoshino, she eventually left on her own so that she could train alone to become stronger.

She initially disliked living with other people, though she does not mind being with animals. In fact, she has a pet monkey which she named Asajiro. Following her encounter with Red and his group, she joined them to become stronger, but soon joined the Red Goblin Society.

While not shown in-game, during her journey with Red she falls in love and eventually marries him, having two children; Elena and Licht.

First appearing in the Extra Ops "Wild Edge", Jin deals with a rampaging Metal Rear EX and destroys it.

She does not appear in "Cross/Over Fate", but is briefly mentioned by the Abyssal Ptolemaios having killed her and Red in battle.

Jin later appears to help Licht out after he attacks the Ptolemaic Army upon seeing they captured an innocent witness. Though unaware of the turmoil raging between the army and cultists, she soon cuts a bullet in half. Dragunov is impressed by her skills and makes a comment about Yoshino, before sending a Ptolemaic Emain Macha at her. Jin easily destroys the Emain Macha by slicing it in half, prompting the Ptolemaics to retreat. Licht wants to pursue the enemy and states that he can deal with them, but Jin believes it is a trap and tells him that based on his response, he isn't ready yet.

She makes an appearance in the Independent faction story "The Legend of the Samurai", where the Red Goblin, Scotia, Vatn and the Ptolemaic Army led by Yoshino search for her on a deserted island. Jin duels Yoshino after the latter finds her, though their match is undecided as Yoshino's soldiers drag her away after she is wounded by her. After destroying a Sand Marine alongside Red, she decides to join his group to become stronger.

In order to protect Red, who is still being hunted by the Ptolemaic Army, Jin is sent as a sentry to stop anyone who is curious to find him. After Elena and Licht discuss finding him, she mistakes their intentions as hostile and battles Elena. The two are evenly matched, though she is unaware that her future self had taught Elena swordsmanship. After verifying that their intentions are pure, she leads them to a safer location, but they are ambushed by the Ptolemaic Army. Jin defends Licht from a assassin, though she takes a small wound in the process.

Continuing her journey with Red, they are at sea when they arrive on an island where the Ptolemaic Army attacks them. In the process, Asajiro runs away, prompting Jin to search for him after the coast is clear. When she finds Asajiro being chased by a drunken pirate, she gives a warning attack to tell the pirate to back off. The pirate, Aileen, tells her that she just wanted to look at the gem her pet had found earlier. Jin and the others follow Aileen, who had followed Asajiro to the gem mine, and destroy an Emerald Turtle. They later pick up Aileen at sea after she goes overboard while in her sleep.

Remaining on the island, the Ptolemaic Army sends a larger force led by Mira and her subordinates. Jin fights Achetto, and though they put up an evenly matched fight, Jin is gradually pushed back into the caves where Mira is waiting. Jin and Vatn manage to get Elena and Licht to safety, where she learns they are her future children and that if she dies, they would die too. Though insistent on finding Red, who had died at that point, she is forced to leave him behind. Red is later revived and reunites with his group, as Jin cries in relief. 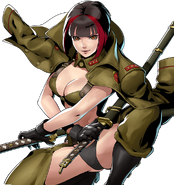 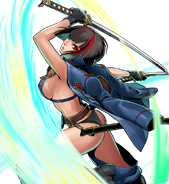 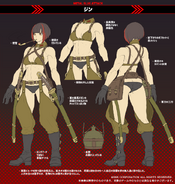 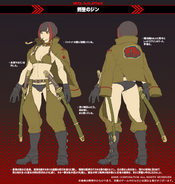 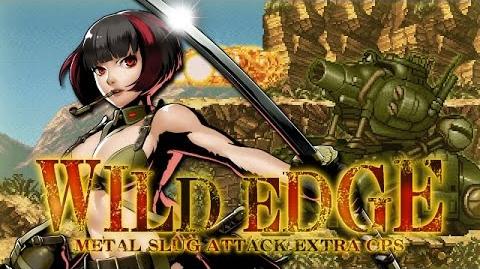 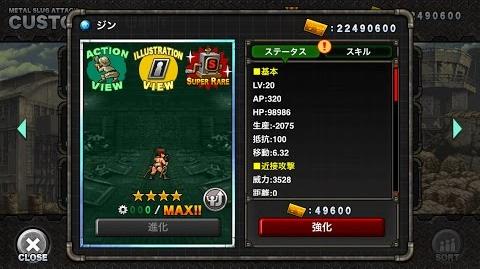