No information
Kriemhild is a new character introduced in Metal Slug Attack.

Originally serving in Naomi's Aviation Corps, Kriemhild underwent a mission that was extremely dire, but despite the heavy enemy resistance she completed the mission alone. This prompted Abigail to headhunt her and bring her into ACE, where she was made a member. She has a strong sense of duty to the point that it frequently puts her in danger.

In battle, she uses the Armed Tiltrotor, a helicopter-like jetpack which carries shotguns, machine guns and missile launchers. Following further development, the shotguns were replaced with lasers.

First appearing in "Ace in Adversity", Kriemhild is roaming the desert when she taps a call between Abul Abbas and Vicky, both of them unaware of her presence. Upon learning of Abul's situation she heads over to the ruins and single-handedly fends off a Pigni Doloma that was about to eat an Arabian soldier, showing disappointment in his fear. Following the battle, she is brought to Abul and suggests that he improve the mentality of his troops, to which he boasts that he could drive her off if he wanted to for having the audacity to advise him, though she and Abul's soldiers know he was lying. 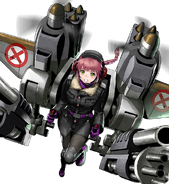 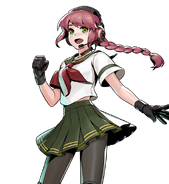 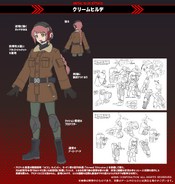 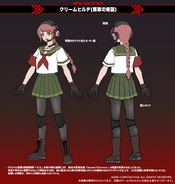