A mysterious swordsman that appears alongside his twin sibling Elena. He has an unusual obsession with chasing Ptolemaios with an unwavering resolve. He's considered to be selfish, childish and reckless, but has a reliable sense of moral obligation and duty. He is powerful in combat, but is outmatched by his sister.

His father is Red and mother is Jin. He follows his father in terms of combat, utilizing a laser sword, albeit with his own take.

First appearing in the Extra Ops "Cross Over Fate", he and his sister confront Abyssal Ptolemaios. With no chance of winning, they learn that there was a slight glimmer of hope if they went to the past. However, Ptolemaios chased them, but being significantly weakened by time travelling, he was quickly defeated. Ptolemaios managed to escape before they could land the coup de grace. Licht wanted to chase Ptolemaios, but Elena stopped him. Now stuck in the present, he encourages Elena to not give up and that they might be able to see their parents again, and to ensure that the future can be changed.

While travelling with his mother Jin, Licht encounters a villager getting apprehended by the Ptolemaic Army for simply discovering them. He barges in to help free the villager, with Jin arriving shortly afterwards to assist. After Jin destroys the Emain Macha the Ptolemaics took along, Licht wants to pursue them, but Jin refuses to let him do so as he isn't ready yet.

Sometime later, Licht acquires the Multiverse Blade and uses it to train, although his inexperience causes him to become easily exhausted. He, Elena and Jin are saved from Jane Doe by Maki. Not wanting to take any chances with the zombie, the four try to buy their goods early after running into her again at the shop, but they are stalled to the point that others arriving end up turning into zombies.

Licht and Elena travel to the present era in order to change the future as Ptolemaios has grown too strong for them to handle. When they arrive, they find an innocent man being questioned by Ptolemaic soldiers, who decide to kill him. This prompts Licht to burst out of cover and incapacitate one of the soldiers, though he is unable to get answers as Elena kills him after discovering more enemies coming their way. Their presence is noticed by the present day Ptolemaios however. Following a meeting with their mother, Ptolemaic forces attack the group, where Simon attempts to snipe him but is only successful in wounding Jin. He destroys a Metal Rear EX, prompting the Ptolemaics to retreat.

The siblings manage to meet their father after the skirmish, and he asks his father (who is unaware of their relationship) if one would fight if they could see the future and were told not to fight. Red simply tells him that no one in his crew would do that, just as they arrive on an island and notice Ptolemaic soldiers running from someone. Licht and Red run into a trio of Ptolemaic soldiers, who they easily defeat before encountering the pirate Aileen. After Aileen and her crew temporarily join forces to seize treasures, the group soon finds her drifting afloat in sea and pick her up.

Mira and her subordinates soon attack the group, and Licht becomes enraged when she reveals Red has died. Elena barely manages to persuade him to retreat after Vatn and Jin arrive to cover them. The two then reveal the depth of their relationship with Red and Jin, and the disastrous future that lay ahead of them if they could not defeat Ptolemaios. 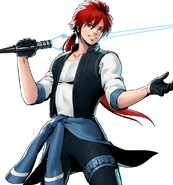 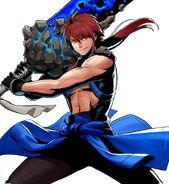 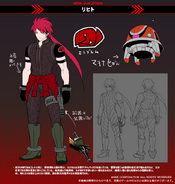 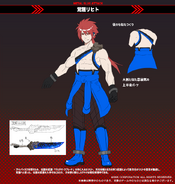 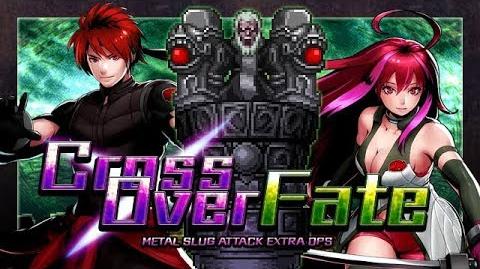 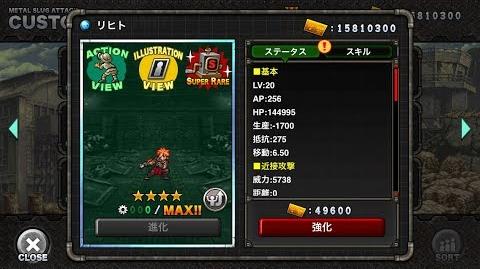