Commander of the SPARROWS

Margaret is a regimental Major of the Regular Army Combat Academy and serves as a drill instructor for the cadets there. Her behavior towards her students is of the aggressive side not having qualms of bluntly insulting those of a lower rank.

Margaret's background is that of loneliness. Her husband divorces her after their only son, Thomas, reaches age of five. Margaret inhibits a tinge of jealously towards Sophia due to her having her marriage intact. Margaret owns a greenhouse at her home in Florida. According to her, she loves that the orchids she raises depend on her.

Once one surpasses her rank, Margaret begins to have a serious affection towards the player and unashamedly flirts with them. If the player discharges from the army at this point before becoming a Super Devil, she'll loudly sob and proclaim she'll always live a lonely life.

Margaret's normal expression is a smile with her eyes closed. She'll open them when the player either impresses or disappoints her. When angry, she'll flash her fangs to the player.

Margaret's hair is a dirty blonde at shoulder length. Should a profile with high affinity (600-999 pts.) be discharged, Margaret will don short hair the second time the player reenters Combat School. This is because Meg suffered injuries and cancelled instruction for that day.

Margaret appears with a higher presence within the game's story; she is Gimlet's mission command. Being a prequel to the main series, she is more mellow in general, but she's not above getting irritated when the heroes keep speaking about potential aliens running about. Margaret also appears at the end of certain vehicle missions.

Her appearance is the same as Metal Slug 2/X except sporting a blue uniform and hat.

Margaret, along with Sophia, return for the latter two pachislot games. She appears in various cutscenes with a happy demeanor on her face.

While she kept her blue attire, Margaret is now a redhead. Later appearances would use this modern design.

Margaret hosts the game's Events. Her behavior is similar to the one in Metal Slug 2/X where she taunts the player at any point possible. An Easter Egg revolves touching her chest; she'll scold the player in any rank, but as a Super Devil, she'll gladly offer herself to the player.

She uses her old Combat School sprite in the Events and her modern appearance in the game's Mission Mode.

Margaret returns in "Try Line Ops the 13th" using her appearance from Metal Slug Defense. She presents the players within a guild who contributed the most for the Friendship Bonus. 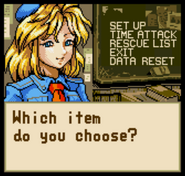 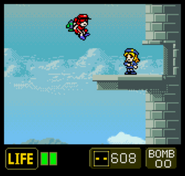