N/A
The Mars People Rangers are a group of new characters introduced in Metal Slug Attack.

Ordinary Mars People, the Mars People Rangers are equipped with the Professor's latest equipment - a staff, ray gun and a gauntlet-point shield. Each Ranger uses a single piece of equipment and are appropriately named Healer, Attacker and Tank. Like Marty, they have a burning desire to protect the Earth's environment from those that would do it harm.

A Mars People Elite later joined the Rangers as a healer as the war progressed.

First appearing in "White Breath", the Mars People Rangers are simple Mars People who have learned of the Professor's new developments and curiosity gets the better of them as they arrive to look at them. As the Martians comment on how they will be better protected with Clone Betty and the new equipment, the Professor decides to give them the equipment, as he can't protect them forever. Marty backs up the Professor's statement and gets the three lazy Martians to wield the equipment. They later attack an Amadeus research facility with Clone Betty, where Amadeus sends a Prototype Iron II against them - however, the four easily destroy it. However, they're forced to retreat when White Baby hacks Clone Betty's AI.

They are later deployed for a United Front operation, but Attacker gets captured and subdued by an unknown woman. As they prepare to intervene in the battle, the woman appears and joins their battle cry. Tank asks Bonny where she's taken Attacker, who claims it went on a vacation. Tank and Healer know Bonny is lying, but she teleports away before they can do anything. The two Rangers soon find Attacker, who is scarred by Bonny's treatment. Tank intends to report Bonny to the Professor, while Healer finds a shiny coin and asks Bonny what it is. Bonny tells them that it's a United Coin, and an alarmed Tank orders Attacker to disintegrate it, as it is what the humans fight over, disappointing Bonny as she wanted to purchase some items from the shop with them.

Tank later accompanies Marty to Earth for another mission, being given a golden gauntlet shield to replace their original one, allowing it to counterattack in the process. They encounter Growl, who challenges them; both Martians accept his challenge. The two are defeated by him, with Tank commenting on how pure Growl's soul is, and peacefully leave, promising not to lose next time.

Attacker is later seen accompanying Percier on an operation against a Rebel Army base, having been given a modified gun. After Percier states that she enjoys the destruction, Attacker warns her not to get carried off or that they'll be labeled as "villainous". It later retreats alongside the Gemini Twins after the operation concludes.

The Mars People Rangers first appear in "We Are the Mars People Rangers", following a similar beginning in "White Breath" where they're given equipment and sent out a misson, though at a Rebel facility. They encounter several Rebel soldiers who they quickly kill, and amazed with what they have just done, begin to gain confidence; the subsequent counterattack also deals no damage to them, thanks to Tank's gauntlet-point shield. The three continue on their journey to clear the building when Beatriz ambushes them.

The three are on the verge of death when Rootmars personally contacts them, and Healer reveals it wants a simple life. Rootmars instead gives them some energy to see the current scene, where they see Clone Betty protecting them, refusing to move away despite taking sustained gunfire. Healer then realizes Rootmars' lesson before healing Tank and Attacker. Now revitalized, they overpower Beatriz and her guards. When Clone Abby returns, Beatriz runs off, before the two clone sisters take the Rangers back to base.

Upon returning to the Rugname, Marty apologizes for them for sending them out to the battlefield unprepared. Tank admits that they nearly died and heard their king's voice, but all three agree that it felt good to protect others. Their data is collected and complied by the clone sisters, who deliver it to the Professor.

They later watch as the Professor finishes the Mars Gigantalos, just as Abigail attacks the base. They attempt to defend the Professor, who is taken away by Clone Betty, and eventually learn he was killed by Abigail. 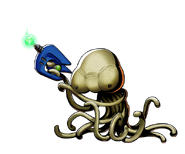 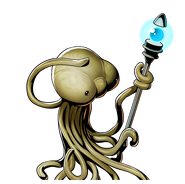 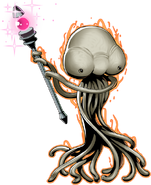 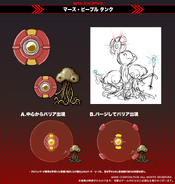 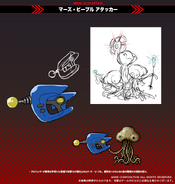 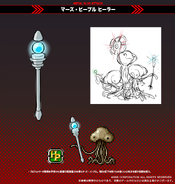