210mm x 297mm
Metal Slug: The Ultimate History is a British book published by BitMap Books[2] in 2019 and being the first officially-licensed book of the game by SNK[3]. The book itself uncovers the history of the Metal Slug franchise including several game play screenshots, characters, enemies, sprites, concept artworks, the game's developers, and other information about the Metal Slug series lore.

Another version of the book was also released called Metal Slug: The Ultimate History (Fully-Loaded Edition) which features an interactive slipcase containing several Weapons of the series which plays the sound effects of the MSX-MS5 announcer upon obtaining the respective weapons, a glow-in-the-dark poster of the SV-001, and a postcard illustrated by Senno Aki (TONKO). 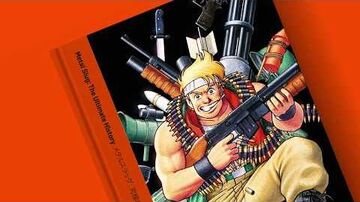