She lost her parents in the war between the Regular and Rebel Army, and was subsequently placed in an orphanage. Marco, by chance, saw her knack for talent and brought her into the Regular Army, and it quickly blossomed, resulting in her being in charge of the army's weapons and munitions. She is somewhat childish and tends to refer herself in third-person view. Though she misses her parents, she is happy to be with her new family.

Midori is responsible for creating a vast array of the Regular Army's weapons which are used by several members of the army. She developed the Thunder Shot (occasionally used by Fio), a leg attachment for Rita, E.G.G., three egg-shaped like drones based on a high-ranking Rebel Army officer's drones which are used by Gisee, and most likely Rocky's gauntlets.

Her combat style leans towards a playful and childish side; she carries a knapsack that contains a spring-loaded boxing glove, and a "toy" gun that shoots out balls at various angles. She developed the "TETSUJIN-KUN" line of Slug Armors; apart from being colorful, they also pack devastating power; six of these also carry a ready-to-assemble cannon that shoots out powerful fireworks. She also developed the Giant Copter, a massive roving tank that shoots out bigger balls to engulf the enemy.

During the Extra Ops titled "Rising Iron", the Regular Army base is under constant attack by the Rebel Army. Marco is considering reinforcements when Midori comes and asks Marco if she can join the battle. Eri is initially hesitant, due to the engineer's young age and lack of combat training, but the two veterans do decide to allow her to fight. While Eri advises her to stay within sight, Marco asks her two robots to protect her. After repelling the attack, the robots bring up a picture of her and her original family, prompting her to cry. Marco asks Eri to console her, since they were both war orphans.

In "United Front the 3rd", Marco attempts to evacuate Midori as the base is being overwhelmed by the Rebel Army and their new weapons. However, Reika and her volunteer corps arrive in time and relive them from the attack.

In the next United Front, Midori presents Marco with a customized Slug Gigant, painted gold to mimic the golden war machines used by the Rebel Army.

Midori later accompanied Marco and Gisee in investigating and destroying a Land Blowfish.

When Geweih Metzelei invades Earth, Midori is kept out of combat and instead sent to check on the civilians in the shelter to make sure they are adequately cooled. The Metzelei shows no signs of giving up, so Marco sets out with the remainder of his ice, causing Midori to worry for him; fortunately, he survives the heat wave.

She's later seen playing with Growl's tiger companion prior to setting out on an operation. When Growl returns after battling Marty and Tank, Midori is happy to see them again. Growl states "shinies", which she interprets as him wanting to trade in his coins before the shop closes, but Growl states the same phrase again while pointing at her, much to her surprise.

Midori later develops the Giant Copter, though she was unaware that Marco took his time to install safety measures in case she would be put in danger. She goes out to test hew new prototype, and is met with agreements by Tarma and Eri, who believe she is now a proper young adult and that she has the right to make her own decisions. While testing the Giant Copter, it takes severe damage while fighting the Purple King and Marco activates its safety mode, dragging Midori away from the fight even though she believes she could continue, much to her outrage.

Midori later accompanies Marco to test out the Astro Slug at some ruins, where it absorbs unknown energy. The energy amazes Midori as it is causing the Astro Slug to perform significantly better. Maya, a miner assigned to excavate the energy, is angered that someone took her dig site. Midori states that the energy would allow them to become the master of the ruins, prompting Maya to accuse them of attempting to monopolize it, as Marco tries to quiet her down to no avail. Maya accidentally destroys the ruins during the fight, and is rescued by the pair. She tells her Marco is a good person, just as Maya realizes that she still needs the energy and chases after the two.

Midori then works on a new Slug Copter variant, running a simulation with MS-Heart. While they're talking, First Baby inexplicably arrives; in response, Midori gets on her new Slug Copter to battle her. The Slug Copter is nearly destroyed in the process though, but MS-Heart is able to catch Midori before she gets injured. After First Baby hesitates, MS-Heart tells Midori to shut the circuit in which she came from, and the young mechanic quickly complies.

When her "sisters" bring back a mysterious stone, Midori becomes engrossed as she tries to figure out how it works. Her attempts to do so are fruitless and she attempts to take a rest, only for two mysterious entities to appear and take the stone from her. Refusing to give it up, she chases them, but is promptly defeated. Unsigned, who is impressed by her resolve, shows her a fraction of its power as a bright light engulfs her. She then finds herself back in her workshop, having slipped into a coma for nearly a week.

Midori is later abducted by former humans when she dreams and meets an entity that offers to make it a reality. She is saved by Gisee and Tyra. The dream she wanted was to improve Gisee's weaponry, although she refuses to admit it to her out of embarrassment.

She is briefly mentioned in "The Back You Can't Reach" as the creator of the Thunder Shot.

During Christmas, Midori is excited to see what Santa will bring her and falls asleep for the next day. In her dream, she encounters a Christmas spirit who temporarily turns her into one to search for the other fragments. During this time, she learns more about Christmas. From the Invaders, she learns about family and caring for others. From the Ptolemaics, Midori learns about support and sacrifice. From Nova, she learns about being others' hope. When she wakes up from her dream, she finds Marco and the others asleep in her room, as they attempted to bring her presents but fell asleep when Fio stepped on her sleeping gas toy.

When the squad goes out for a Halloween party, Midori asks to come along, but because she is too young, Fio does not allow her to come. Though disappointed, Midori complies and spends the time with Roberto Nicola, who ended up being her babysitter for the night as he also refused to go to the party. When the group returns from the party, Midori heads to Eri's room so she can read her a nighttime story. 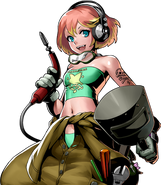 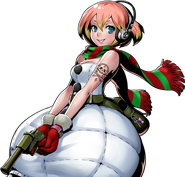 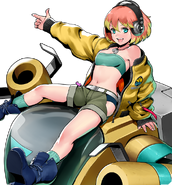 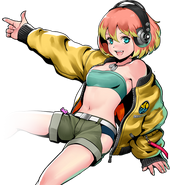 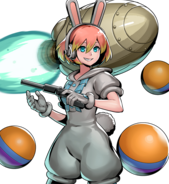 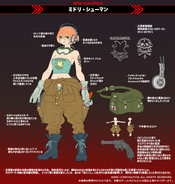 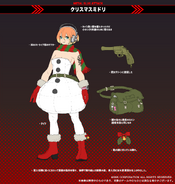 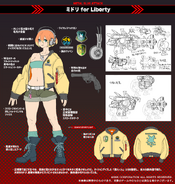 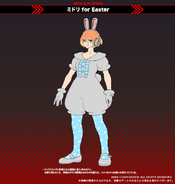 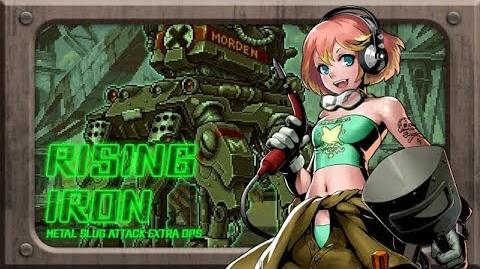 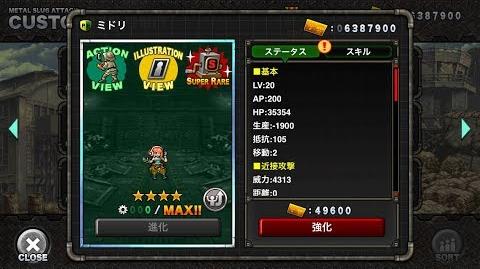