A mysterious wizard that has a high ranking among Ptolemaios' masked soldiers, Mira is Ptolemaios' daughter from the future, possessing immense power and uses them to serve the Ptolemaic Army. She carries a small ray gun that shoots out a small laser, and can use her "Infinity Corridor" to trap enemies within, where she finishes them off.

Her identity is unknown, as she always wears a mask to cover her face. Very few have seen her actual face, giving her a shroud of mystery, until she took it off sometime later to revive her father. She is very sadistic, despite her cheerful-like personality.

Mira is responsible for human experimentation in Ptolemaios' cult, having done so on Simon, Achetto, Damian and Sally.

Mira first appears in the Extra Ops "Royal Identity", where a masked soldier asks Ptolemaios about the intruding Rebel Army. Ptolemaios tasks her with stopping the intruders, and the masked soldiers are hesitant to help her. Ptolemaios tells the soldiers not to worry about her. She traps Navy in her "Infinity Corridor" so that she can finish her off. Navy sends the Cabrakan MK II at her, though she easily defeats it. She is about to kill Navy when Vita breaks through her spell and rescues Navy. Mira is surprised by how Vita managed to break in and decides to let them go rather than pursue them as it is just their first encounter.

Mira later participates in her first United Front, killing a large amount of soldiers in battle. She then calls out Owen, who had been sent by Dragunov to trail her. When Owen questions her as to what she is doing with the deceased, she cryptically tells him to wait in the future.

In another United Front, Mira rallies the soldiers to capture the Golden Nokana. She was also given Beecham for the duration of the operation, but appeared to be unaware of her true intentions.

Upon learning of the Cyclobster, Mira sends Damian and Achetto to acquire it for her, loaning them several masked cultists and Anastasia's sect.

After Damian returns from his defeat to Beatriz, Mira reassures him as she knew the battle was insignificant. She then gave him a new assignment.

Following the ritual to revive Ptolemaios, Mira uses a spell to turn people all over the world into ashes as the first step into destroying and reshaping the world into Ptolemaios' view. She learns from Achetto that Damian is still fighting the twins, and appears to cancel her spell, restoring all of her victims.

First appearing in the story "Birth of the High Priestess", she's informed of Anastasia IV's plight by one of her believers who she sent out to find them. She serves as Ptolemaios' representative and meets with Anastasia IV, agreeing to help her if they bring back a "core" Ptolemaios is looking for. The sect brings the core to them, which Mira takes and fulfills her end of the deal by driving away the Arabian Army. She offers the core to Ptolemaios and soon consults with her subject Simon, who's been experimented on.

She later tasks Simon with killing Licht after sensing his presence, telling her to play it safe and retreat if her life is in danger, since she doesn't want her pawn to die too early.

Mira and her subordinates soon find the Red Goblin and his friends, with the former being taken out by Ptolemaios herself. When Damian and Achetto start bickering over who had the better battle, Mira stops and orders both of them to capture Elena and Licht, but Vatn and Jin arrive to retrieve them before they can do so.

Following Ptolemaios' defeat, Mira takes her subordinates to revive him, crushing the rebellion in its infancy, although all the rebelling officers manage to escape. She ignores them for now and proceeds with the ritual to revive Ptolemaios, which is successful at the cost of her own anima, and the two set out to put the world under their control. 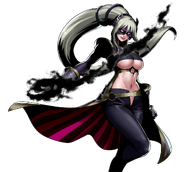 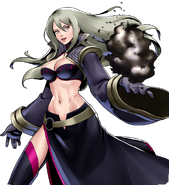 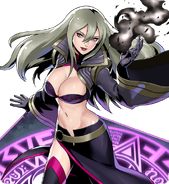 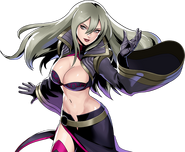 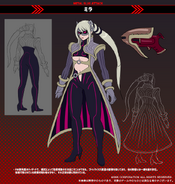 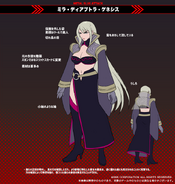 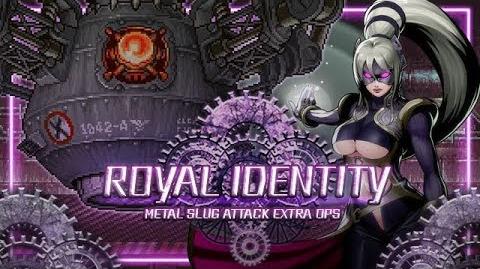 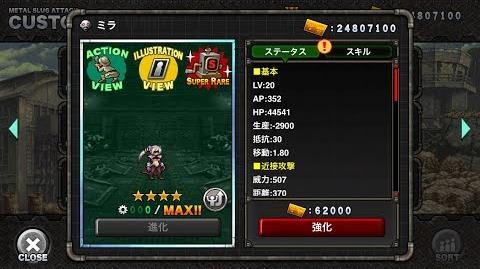