Exploring Earth, Learning about Human life and cultures
Odette is a new character introduced by Metal Slug Attack. She made her debut in the Extra Ops titled "Invader Girl".

While appearing as a young girl, in reality Odette is an Invader that was sent to Earth to learn about human culture. Compared to the other Invaders who are generally hostile to humans, Odette is one of the few Invaders who tolerates them, since her mission requires her to be friendly with them. She can transform her arms into tentacles as a means of protecting herself; originally she was only allowed to use one arm to conceal her identity, but once they became more known, this restriction was lifted.

She's a fairly laid back and forgetful type. Annette is her older sister. She dislikes being teased regardless of whoever it comes from, though she will protect her allies if needed. Odette seems to understand Nowan fairly well compared to the other Invaders.

She seems to have acquired an affinity for ducks, as her "Everlasting Summer" variation sports several duck-like decorations, and even has a duck's tail. The duck on her head also seems to have some sentience, as it manifests while attacking and even makes an appearance as a supporting character in Another Story.

Odette either goes alone on her missions or is paired with a partner. So far, her current partners consist of Nowan, Rillacle and Teleko.

Odile is a former part of Odette that split from her during a mission on Earth; Odette seems to be unaware of her presence.

First appearing in the Extra Ops "Invader Girl", she is deployed to investigate a terrestrial life-form, with orders to destroy it if necessary. Upon encountering the life-form (a corrupted Sol Dae Rokker), she destroys it when it turns hostile.

Odette later appears at the conclusion of the Extra Ops "Signs of Curse", where she arrives after Annette apparently kills the cursed Ptolemaios.

Sometime later, Odette participates in a special operation with Rillacle in a reconnaissance mission to inspect what new weaponry the humans have built. Rillacle disobeys orders and runs out to battle the humans they are inspecting, revealed to be the Ptolemaic Army. Odette chastises Rillacle for her recklessness and comments on the "rock, paper and scissors" game she did, stating that it is not what she learned from humans. When Rillacle asks Odette to show her, she refuses to.

During Christmas, Odette, still learning about human culture, asks Teleko to bring her the "Christmas spirit's tree" so that she could celebrate the holiday.

While waiting in space, Odette is bored and desired a mission so she could return to Earth. Annette comes in and reminds her of their primary objective, just as Franke comes in and tells her she should go before it is destroyed. As Annette inquires more about her statement, Franke tells her that the fourth Heavenly King is almost ready and Annette realizes that Earth would be destroyed when it arrived, which greatly displeases Odette.

She later heads to Earth with Nowan, where they run into an apparently hostile Ptolemaic AI. Unaware of AI technology, Odette remarks that the girl is aggressive, to which Nowan tells her that Earth is a civilization full of savages. Odette watches the AI battle Nowan, and though it uses numerous attacks at its disposal, Nowan remains unhurt. However, Odette becomes concerned for their well-being and asks them to withdraw, which they do so and the two leave Earth.

Continuing her mission to study human culture, Odette soon becomes enamored with a winged character in a book she acquired, even taking the effort to look like her, much to Nowan's annoyance. She returns to Earth yet again to study golden weapons, and concludes her report to Annette. She soon expresses a desire to play with the winged character, although she manages to overhear from Nowan that they are a fictional character. Though this saddens her, Annette promises to take her to the place where the character was next time.

First appearing in the story titled "What I need to be Myself", Odette is looking at the sky when Annette arrives and asks her to spend time with her and ignore the orders given. She quickly deduces that the Annette before her is fake, as she would never say such things. Introduced to Nowan, she initially rebukes them because of how they teased her.

The two later arrive on Earth for a mission, and when Nowan is captured, she goes to save them as they are unable to escape. She tries to break out with them, but is defeated by Allen O'Neil and his son before being locked up with Nowan. Nowan advises her to get some sleep to recover, which she promptly does in a carefree manner. Annette later arrives to rescue her and Nowan from the Rebel Army. When they escape, she thanks Annette for coming to rescue them.

When Annette sends Nowan to Earth with Schwarz Metzelei, Odette notes Nowan's unusual behavior and stows away on the ship the two are on. Schwarz tries to eat Nowan because they "looked" too much like prey, and Odette comes to defend them, causing the ship to crash-land near a Rebel facility. Odette is injured while protecting Nowan, stating that even if they are rude and cynical, they deserve to be protected. Nowan eventually manages to find an alien ship and the two manage to escape from the base. When they return, Odette reports the incident to Annette, who promptly proceeds to strand Schwarz on Earth as punishment.

Odette later heads back to Earth to enjoy summer vacation, due to her research into human culture. When she arrives, she finds almost everyone has become aggressive and encounters Nova and Rita. She explains the situation to the two, stating that someone unleashed "boreal matter" onto the island which can be dispelled by extreme physical or mental injuries. Odette accompanies Nova into finding the source of the "boreal matter". On the way, they bump into Miharu and several Ptolemaic soldiers. After Miharu is somewhat brought to her senses, she compliments Odette for her dress and states that if she had a child, they'd look a lot like her. Odette is distracted by the Martians, but she follows Nova and the two confront the Professor, who unleashed the "boreal matter". Summer is eventually restored and Odette resumes her vacation. 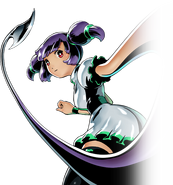 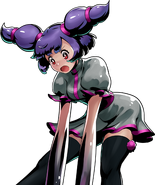 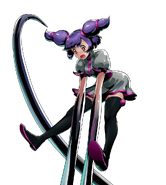 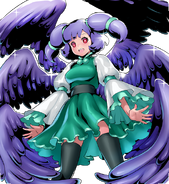 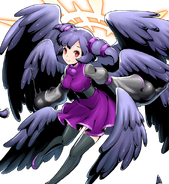 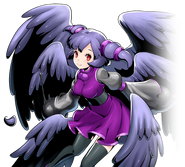 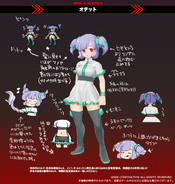 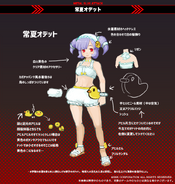 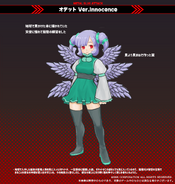 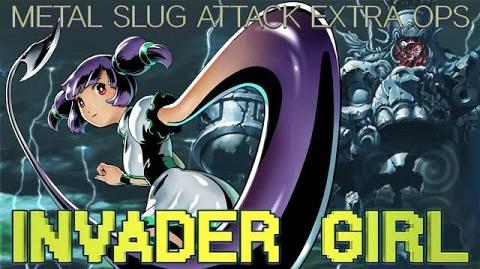 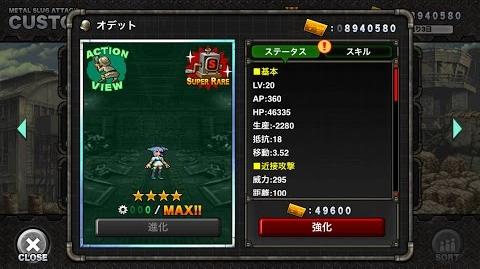 Odette moans as she's being burned to death