The Office is a mode present in Metal Slug: 2nd Mission. Margaret greets the player upon entering; her dialogue depends on the system's clock.

The game's options menu. The settings are as follows:

The player is tasked on finishing eight unique missions quickly. Any character can be selected, and they are given infinite weapon ammo and grenades. Both the characters and the SV-000 have one hit point.

The first time attack is unlocked by clearing the first mission; the rest are unlocked by reaching the respective rank milestone [1]. Default rankings for each mission are found in parentheses below. The ranking chart increases by one second per rank from the previous place (up to 9th place). 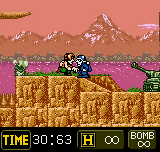 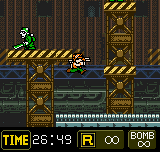 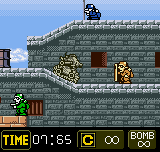 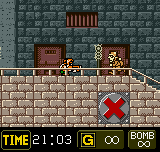 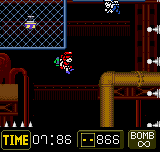 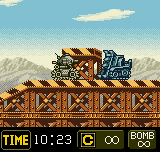 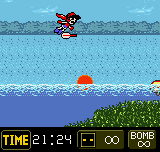 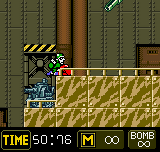 Lists every P.O.W. rescued by order of mission number, with the exception of Rumi and Hyakutaro who are at #99 and #100 respectively. The player can select a prisoner for hints, however a prisoner will only speak if the player is at their rank or higher. Otherwise, they'll bluntly ignore the player.

Exits to the main menu, but not before showing a mission checklist. Missions that are complete are crossed off. Incomplete missions, such as the Slug Flyer and Slug Sub missions where the vehicle is destroyed, are not counted.

Resets the game's data. When selected, Margaret asks for confirmation with the cursor hovering at "No". There is no dialogue or screen transition for choosing "Yes"; everything gets deleted unceremoniously. 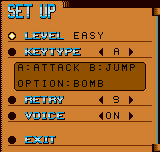 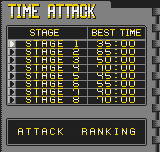 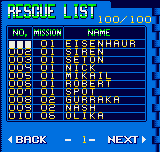 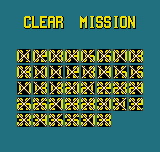 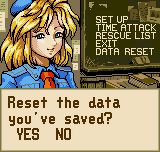