A small girl with green hair, she considers herself to be the "eternal assistant" of the Professor. She didn't share his interest in Martian technology, however, and he abandoned her while leaving the Rebel Army.

Following this, she decided to cosplay as a Martian herself, wearing a pink Martian suit. She prefers wearing her Martian costume, as she notes that the Professor seems to pay more attention to her when she has it on. She dislikes the Martians out of jealousy because they "stole" her "beloved". The Professor considers her to be somewhat boring and treats her rather poorly, as shown with the majority of his humanoid creations showing a lack of respect for her.

She is affectionately nicknamed "Per" by Harriot. In battle, Percier uses a ray gun that shoots out two different spores (that of normal and elite Mars People), though whether she made it herself or not is yet to be known. She is extremely skilled in making poisons, having created her own and the one used by the Mars Sweeper.

First appearing in the Extra Ops "Mad Scientists", she helps the Professor break into Navy's lab. When the Professor is defeated, she arrives just in time with Marty to save the Professor and leave.

She makes a small appearance in the third Try Line, where she tells Gemini Black & White to be careful on their raid on a Rebel supply line. When White comes back injured from a K-O3 Coupled Armored Vehicle's attack, she quickly applies first aid to them and Black thanks her by handing her some Try Coins. She then goes to check on the Professor.

When Abigail makes a surprise attack on the Martian base, Percier takes the Gemini Twins to deal with the threat, encountering a locked door. Black forces the door aside and Percier is shocked to see the Professor dead in front of her.

During Christmas, Percier and Marty head to Earth and wish to see the Professor again. When they see Teleko and Chloe fighting, the two try to intervene so that the Invader does not take all the trees, but are too late. Percier cries as her wish will never be fulfilled, but Marty reinvigorates her by stating that researchers never give up, something which they heard from the Professor himself.

Eventually the Martians capture Harriot, a Rebel agent that was tasked with apprehending deserters, namely Percier and anyone else who joined the Martians. Percier managed to convince Harriot to defect by promising her three meals and a nap each day.

The following Halloween, Percier is kidnapped by the Rebel Army to attend a Halloween party hosted by Beatriz and Dolores, along with Whip. She is surprised that Caroline willingly attended the party despite the threat of death, but is told that it won't stop her from attending if there are candies to be eaten. She is allowed to leave once the party concludes.

She's later operating a Dai-Manji with the Gemini Twins when it is hijacked. Percier panics and is unable to find the cause, scolding the twins when they accidentally insult her. They are brought to attack a Rebel base, but the twins are able to remove the malicious program in time and Percier drives off after a short battle.

When Pauline tries to join the Martians, Percier quickly scares her off, as one of the reasons she joined was she was captivated by the Professor's mystique. After White tries to tell Black to be more considerate with their words, Percier slaps White, causing the Gemini to accuse her of child abuse. Percier states that they are artificial lifeforms, and is angered by how Pauline appears to be better than her, indicating that she is jealous of her for trying to take the Professor away from her, as if the Mars People weren't enough already. After Pauline returns from a United Front operation, she offers some to her, and explains to her that they can be friends in the future as they have a lot more in common than she thought.

Percier later attacks a Rebel Army base with the Martians, using a customized Gigantalos to lead the attack. She gets carried off much to Attacker's concern as she would make the attack seem villianous in nature. She soon encounters Norah and battles her. Although Percier initially has the upper hand, Norah's fear of dying before seeing Beatriz allows her to overwhelm the Mars Gigantalos, severing one of its arms off with blue flames. The Gemini Twins soon arrive and drag Percier away, as their time is up and she would most likely kill herself if she continued fighting.

She later returns to Earth with Marty, Pauline and the Professor, where she becomes furious after seeing that Pauline went back on her word. Kanae soon arrives to arrest the group, but Percier does not seem to mind, commenting that she has guts and cheers her on to defeat Pauline. She later escapes with the others back to the Rugname.

During a Christmas party the twins host to surprise the clones, Percier assists Marty in cooking, and offers to take the blame if the Professor becomes upset with what the twins are doing.

Percier appears in the story "For You", where she appears being chased by rebel soldiers. Upon being saved by the Professor and his allies, she tries to act like a Martian, but the Professor's Martian comrades do not understand what she is saying. The Professor easily recognizes her, and having no point in leaving her this time, allows her to tag along. During this story, her relationship with the Professor is shown, and she officially joins the Martians.

In the first Halloween chapter, Percier appears having been assigned by Aswang to bring Vatn to her. Vatn, who had been hired by Whip, manages to bring Caroline over, who then defeats Percier in battle. Vatn learns of Percier's "boyfriend" (the Professor) and reassures her that they are lucky to have her, which gets her excited and she joins the group.

When Clone Abby and Betty return from their mission on Earth, Clone Abby starts showing more respect to the Martians. Percier gets trampled by a Mars Mecha and yells at Clone Abby to watch out for her too; the clone coldly states that it does not need to take care of her as per the Professor's orders. Percier becomes heartbroken and begins to cry, prompting Marty to reassure her.

She is later seen at a Martian base on Earth where she is sewing some new clothes for the Gemini Twins. Ariadna comes in and comments that she's quite different since she joined the Martians. Percier comments on her appearance and how she's changed too, just an alarm goes off. Percier finds herself unable to open the door, before following the events in "Subjugation Tactics" Extra Ops.

Win animation with the Professor in the same deck. 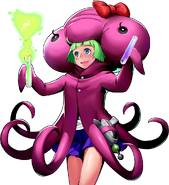 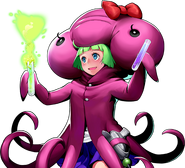 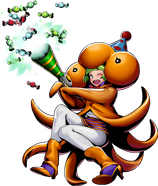 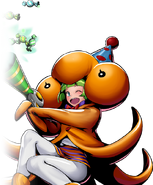 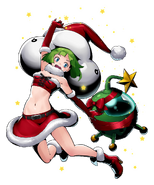 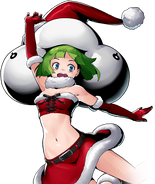 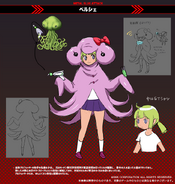 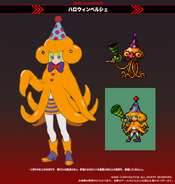 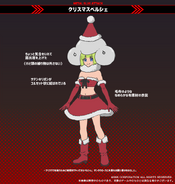 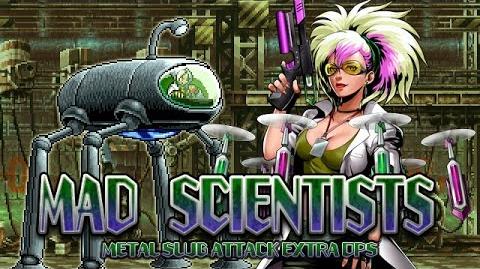