This article's name isn't actually the official subject's name, but will be used as a quick reference until SNK is kind enough to provide us the official name.

The "Rocket UFO" is the final boss from Metal Slug: 2nd Mission.

When Gimlet and Red Eye have stopped the "Rebel Rocket" from launching, the rocket's tip seemingly detaches and flies off. The Rocket UFO starts by extending its blades and charging twice at the player. It then retracts the blades and either deploys homing missiles and/or extends a large claw. The whole setup then repeats until it is destroyed. Once it crashes to the floor, Commander Kanan pops out of the Rocket UFO and attempts to fire at the player. One shot is needed to take him down. 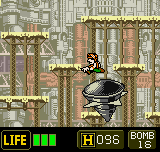 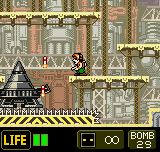 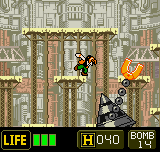 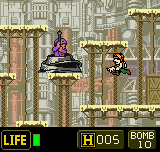 Commander Kanan in his desperation mode.
Community content is available under CC-BY-SA unless otherwise noted.
Advertisement