Eating and looking up sweets
Shizuka is a new unit introduced in Metal Slug Attack.

Shizuka lived in the same village as with Yoshino, Jin and Ichima. During her time in the village that she trained in the "Dark Shadow Style". Shizuka had a close bond with Yoshino as sparring partners, though she eventually believed she betrayed the village. This belief would not be dispelled until many years later.

She values bravery and honor, as she initially worked for Abul because he did not attempt to run away even when she threatened him. She also acts as a voice of reason, as Abul often performs reckless actions which result in his failures. Though her view of him has significantly eroded over time, she still remains in his service due for the pay she receives.

She is fond of sweets, and that during her free time, she takes out her smartphone to look up new sweets.

First appearing in the Extra Ops "Silent Assassin", Abul Abbas rendezvouses with her. To determine if she should work for him, Shizuka threatens him and even cuts some of his beard off with her kunai. Impressed with his bravery, she decides to work for him. She is tasked with destroying the Toschka Dalanue II outside his territory, and successfully does so.

In the Extra Ops "Dancing Brave", she informs him of a partially constructed Ptolemaic Union 03 unit. Abul initially tries to send her to destroy the machine, but is interrupted by Aisha, who volunteers. Shizuka dislikes Aisha due to her appearance and her supposed inexperience in battle. Abul allows Aisha to go, while he discusses secret material with her. Upon Aisha's return, she and Abul are bewildered by Aisha's behavior.

She later attends a Halloween party hosted by Beatriz and Dolores. As the desserts are given to the attendees, a bodyguard informs the group the train carrying desserts was attacked by the Regular Army. Shizuka is sent to scout the situation, and finds MS-Alice attacking the train, promptly defeating her. In an act of goodwill she offers her some candies, despite the fact that Alice is an AI.

When Abul is forced to guide Allen Jr. on a mission to the ruins, the mission status soon becomes critical as Allen Jr. fights an empowered Cleopatra. Abul tries to sneak away, but Shizuka, having trailed them from the shadows, stops him from doing so, aware of how strong she is. Allen Jr. later ditches his Element Giant and runs towards the two. Shizuka uses her ninjutsu to teleport away with the two men before Cleopatra could smite them.

She later accompanies her employer as he excavates underground with a new Assy Nero, warning him not to be too careless and injuring himself in the process. When Abul smells another woman that runs into them, Shizuka orders him to stay behind her, as she senses the woman is powerful. As the two fight, she realizes that the woman is an alien. Although lacking intelligence, she tells her that her combat skills show some promise. The woman appreciates her compliment, and after she complains to her that Abul is making her uncomfortable, Shizuka drags Abul away for "punishment".

First appearing in the story "Cloak of Darkness", she advises Abul against spreading his lines thin to allow the Regular Army to defeat them. Abul lends her a few soldiers while she checks the traps in the event that any other army is aware of their fighting, and finds that one of them has been triggered. She later learns of Yoshino and reluctantly retreats with Abul when he unexpectedly returns from the battlefield.

In "Arabian Romance", Aisha gets a meltdown after seeing that Abul is spending more time with Shizuka instead of her. After Cleopatra helps Aisha learn about romance, she uses what she learns to ease her obsession over Abul. Shizuka also begins to train Aisha, admitting that despite Aisha's obvious hatred of her, she is willing to learn off her. When Abul comes in, she playfully teases her, prompting Abul to wonder when they got along so well.

Shizuka's past and relationship to Yoshino is revealed in "Inheritance" where she was constantly bested by Yoshino during her time in the village. When the village was under attack by the Arabian Army, she found the elder was killed and believed that Yoshino had abandoned them. As a result, she intended to take revenge on Yoshino for her "traitorous" act. However, she has a change of heart when Sho uses the secret technique on her, realizing that the elder had sacrificed themselves for Yoshino's sake. 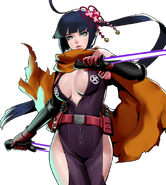 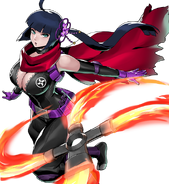 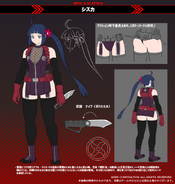 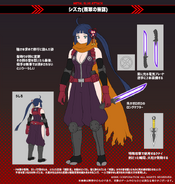 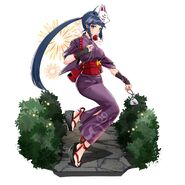 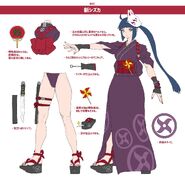 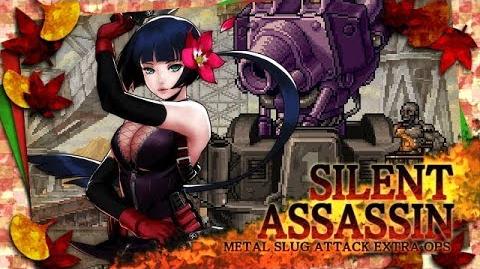 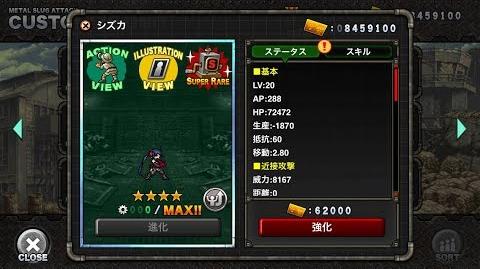