No information
Simon is a new character introduced in Metal Slug Attack.

Simon's origins are unknown, but it is said that she was a cheerful girl prior to being experimented on. Mira is responsible for her current state. As a result of being experimented on, Simon's hearing skills have increased drastically that she can hear the faintest of sounds and can "hear" what people say by looking at their mouths.

She was rather indifferent to being experimented on, initially shunning the rest of her allies away and preferring isolation. Eventually, she would realize how important memories were after being given new ones by Caroline and Dragunov.

Simon first appears in the Extra Ops "Out of Control", where Dragunov introduces her to the other prominent soldiers of the army. Dragunov states that the top recommended her for the mission to destroy the Tani Oh, so she took her in as a result.

The new Tani Oh proves to be extremely difficult for the Ptolemaics, and Dragunov orders a retreat. Simon disobeys her orders and gets into sniping position, destroying the Tani Oh in a single shot. While she destroyed it, Dragunov chastises her for disobeying orders, and tells her that she will be put in solitary confinement for a short duration, something which Simon is eager to experience.

She is later paired with Towa for a mission, where takes position from afar and watches as she battles Destrade and Huracan. She later watches as Towa collapses from exhaustion following the battle.

She is sent by Mira to assassinate a "red-haired man" after the Ptolemaics hear rumors of someone looking like the Red Goblin in the nearby town. Mira tells her to retreat if the task becomes too dangerous, not wanting to have her pawn killed yet. She eventually finds the target and tries to snipe the man, but is stopped by a woman who keeps slicing her bullets in half. With the assistance of a Metal Rear EX, she manages to land a shot on the woman, but is not fatal. She is then confronted by Elena and Scotia Amundsen, and is forced to retreat.

Simon later appears with the rest of the Ptolemaic squad under Mira's orders. Caroline treats her like family, surprising her. Dragunov later assembles the rest of the group and begins their war against Ptolemaios and Mira, telling Simon that she reports to her now, not Mira, and partakes in her rebellion, though it is unsure what role she plays yet.

Sometime after the start of the Ptolemaic rebellion, Simon would be one of the four so-called "Queens of Halloween" alongside Beatriz, Nikita and Alma. She plays a small role in trying to restore Beatriz's memories by inserting them back to her with a helmet, but finds herself unable to and is not seen afterwards. 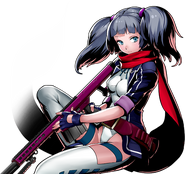 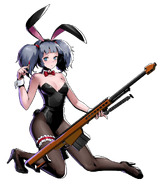 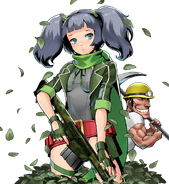 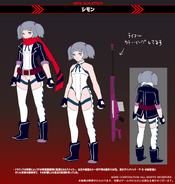 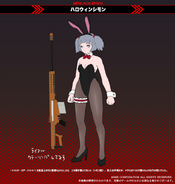 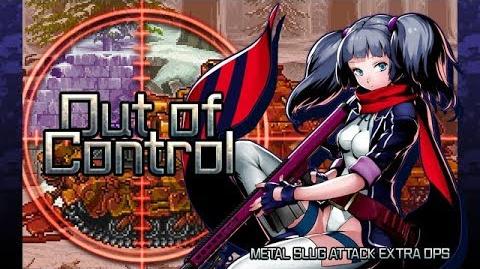 Out of Control： MSA EXTRA OPS 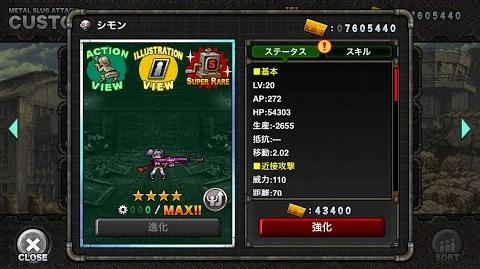