A member of the Ptolemaic Army, Sisilia uses her signature trumpet to motivate her comrades to victory. Veronica seems to have influenced her decision into joining the Army, though she doesn't feel guilty about it.

She rides alongside her comrades on the battlefield on her bike, not being old enough to ride a motorcycle. Like Rumi and Madoka, Sisilia is a supply officer rather than a front-line combatant. If the battlefield becomes too dangerous for her, she will run away.

Sisilia is first seen in the Extra Ops "Bicycle Maiden", where she accompanies Veronica in dealing with the Skull Hermit. At the conclusion of this Extra Ops, she calms down the Skull Hermit and its smaller hermits with her music, which they enjoy.

In the Extra Ops "Sadistic Emotion", Sisilia finds herself once again mediating the rivalry between Veronica and Dragunov, when they both decide to place her in the new Union unit. The base is then attacked by a Rebel Army force led by Navy and Izabella, the latter who is specifically seeking her out. The three are defeated, and Navy expresses her suspicion that her music does not actually do anything. Sisilia then gives the two a demonstration, which revitalizes Veronica and Dragunov to drive off the two Rebel officers before they could leave with Sisilia.

In "United Front the 9th", Sisilia becomes suspicious of Beecham when the latter sneaks out prior to the battle against the Rebel Army. Veronica follows Sisilia and the two confront Beecham outside Mira's room, though she becomes convinced when Beecham claims she got lost finding the United Coin shop.

Sisilia later gets a new vehicle and spends the summer with Veronica at a tropical island where they come upon a group of monkeys and their treasure, who were willing to give it up if they could get more bananas than their competitors, the Regular Army. At the end of the competition, she finds that she has the same amount of bananas as her competitors and goes off to get more, unaware that the scales were designed to be balanced.

Sometime later, Sisilia is at a Ptolemaic base when a Jupiter Wing attacks and causes massive damage to the base. Realizing that Veronica's motorcycle is in a warehouse it's approaching, she tries to get to it but is attacked by the Jupiter Wing, sending her into the air. Fortunately, she's caught by Reverse Trinity, who had arrived to investigate its over-technology. They protect the warehouse and destroy the Jupiter Wing, returning Veronica's motorcycle to her. Sisilia thanks them and leaves with it.

Sisilia appears in "A Christmas Miracle", where her past with Veronica is revealed further. Prior to joining the Ptolemaic Army, Sisilia wanted to hold a concert so others could hear her music. In an unknown skirmish between the Ptolemaic and Rebel armies, Sisilia went after Veronica when the latter disobeyed Dragunov's orders and no one else would go after her, using her music to empower Veronica.

Midori, who was searching for the fragments, eventually located the second one which Veronica found and turned into a Christmas spirit. Veronica told Sisilia that she could make her dream come true now, but Sisilia kindly denied, reminding Veronica about the conversation they had in the past.

Sisilia makes a small appearance in "Inheritance", where she remarks about how Sho appears to have been growing stronger and seems to develop feelings for him. 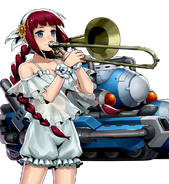 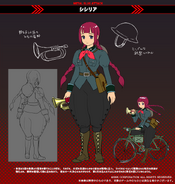 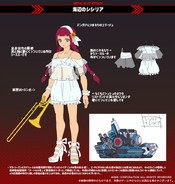 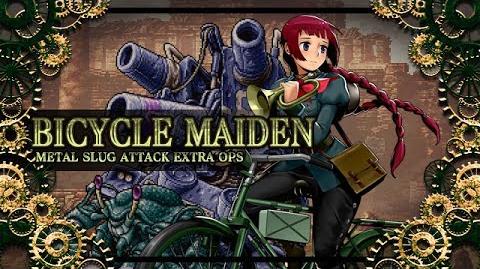 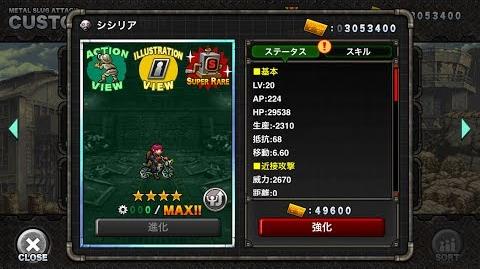