Taking care of her dog

Tyra Elson is one of the two player characters from Metal Slug Advance.

As a child, her village was destroyed by the Rebel Army. A group of children who survived the attack swore to fight against the Rebels, but Tyra initially hesitated. Shamed by what she felt was cowardice, she swore to never fear for her own life again.

Her desire to fight evil made her enlist in the Peregrine Falcons. After receiving the highest grade on the written tests given to the cadets when they enlist, she does not hesitate to participate in the final physical training. She then discovered the rebel attack on the island, and became excited to know she'd finally thwart the forces of evil, like she always wanted. She met Walter after graduating and became good friends with him. Despite being cold-looking and merciless from the outside, she cares about the ones she knows and loves, especially her dog, Angelica.

One of the cards you can get in Metal Slug Advance is Angelica. The card describes her as "One Friendly Pug".

She later cameos in Metal Slug Defense, with her appearance being based on her in-game sprites rather than her official art, but she finally appears as a playable unit. With the cost of 140 AP and having 4500 HP on level 40, Tyra uses a Super Grenade for her long range attack and throws a Molotov as her special.

In her apparition on Metal Slug Defense, she has the same light colored palette, making no use of the arcade character palette. This also goes for Walter.

She makes her reappearance in Metal Slug Attack's "Mutation War" event as a Pack-Shop unit (now available in the POW Shop). She is able to throw three Molotovs, each one increasing in distance. Her sprites are darker in color. Tyra is the focus in the Another Story "Why We Fight" and appears in other Extra Ops cutscenes.

A character named Anna Wiese appears in the "Tough & Cool" event as a $30 pre-acquisition unit (now available in the POW Shop). She's basically a blonde and green-clad version of Tyra. Anna is able to shoot two Super Grenades at once and a piercing Hyper Grenade. Anna's close range attack is a crouching kick rather than a standard kick that Tyra does. Story-wise, Anna is a Regular Soldier selected as reinforcement for the Ikari Warriors. She's honored to work for the unit she admires. 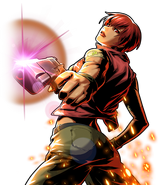 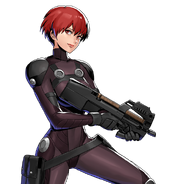 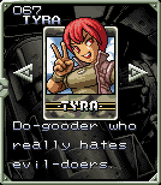 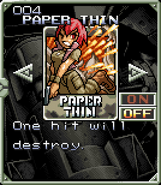 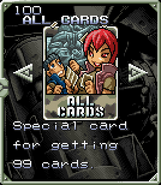 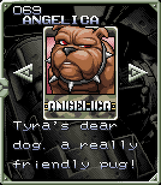