Vatn is a new character introduced by Metal Slug Attack. He first appeared in the Extra Ops "Halloween Train".

Vatn is a long-haired man wearing a black coat, a brown shirt, a pair of leather boots, and a white handkerchief hanging within his neck.

He is often known as the Ghost Killer. In the Extra Ops in which he is featured, Vatn is hired by a town to stop a supernatural party, and completes his task.

He and Aswang were once lovers, but their relationship ended when Aswang charmed Vatn to bring her a whole village to feast on. Vatn eventually realized he was manipulated and knowing that he was responsible for harming the village, severely wounded her and vowed to never let anyone suffer again. Due to his old age, he is rather sentimental.

Later on, Agalia would manage to drain some of his blood and transformed him into a vampire against his will, becoming Vatn Ver.Crimson. Most of his attire has been kept, but his hat has gone missing. His equipment has been modified to some degree; the drill attachment on his gun is more vampiric and covers a larger area, the standard bullets have been replaced with bats, and he is now capable of summoning demons to assist him in battle. Agalia generally has full control of his body, but not his mind. This allows him to perform inexplicable actions and show disdain in her requests.

In "Halloween Train" he is hired by a local town to stop a supernatural party, completing his task.

Vatn would later be forced to attack Caroline, who had just escaped a Rebel facility with a Sky Jupiter Queen that was filled with energy Agalia was interested in. While he destroyed the machine, Dragunov came and retrieved Caroline. Agalia ordered Vatn to chase after the two, but he refused as they already had what they came for.

He later accompanies her to a recent battle between the Ptolemaic Army and an unknown party, where Agalia catches the scent of a werewolf and decides to pursue it, much to his disdain.

Vatn later appears in Another Story, in "Ωmegalpha". Like in "Halloween Train", Vatn was hired by a village to investigate ghosts that were connected to Ptolemaios. Vatn goes over his plan with their new partner, the Red Goblin. He launches his attack on the Ptolemaic base with his automated mortars and turrets, causing heavy casualties.

He later reappears with Red and Scotia to search for a legendary samurai on a deserted island.

He would later be hired by Whip to investigate a paranormal party hosted by the undead. During this time he unintentionally charms Caroline and Percier with his words. When he finds Aswang, he easily overpowers and prepares to kill her when Caroline intervenes. His past with Aswang is also revealed in this story. Vatn reluctantly spares Aswang, who immediately flees as morning rises.

Still accompanying the group, he drives a boat to bring them to an island. Eventually they would meet Aileen and helped take down an Emerald Turtle with her pirates. The next morning, Vatn found Aileen sleeping in the sea again, apparently having fell off her ship overnight. Red asked him to slow down so he wouldn't get seasick.

Vatn and his companions later fend off the Ptolemaic Army, managing to pick up Jin, Elena and Licht. He learned from Elena and Licht that they are Red and Jin's biological children as they fled the island. 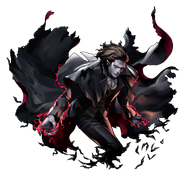 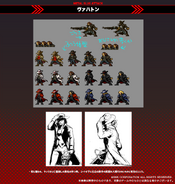 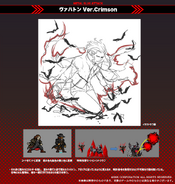 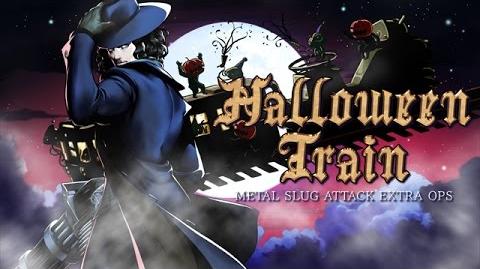