A member of the Rebel Army, Vita was killed in a mission alongside her friends. Navy, a low-ranked researcher at the time, decided to use Vita's body to make a cyborg, reviving her. Though she was initially horrified at her current state and wanted to die, after witnessing Navy selflessly caring for her, she decided to accompany her for the time being.

Being a cyborg, some of Vita's parts have been fitted with mechanical variants, such as her right eye being replaced with a laser one and an eyepatch over her left eye. She can self-destruct if the situation becomes too critical for her, but can be interrupted.

In the future, Vita is still alive, though she is confined to a stasis chamber. Through this chamber, she controls Nova, the Future Rebels' clone of her.

Vita first appears in the Extra Ops "Signal Red", where she is sent by Morden to stop the Professor and the Martian Brain Robot. When she arrives, she battles and destroys the Brain Robot. The Professor attempts to attack Vita, but she quickly avoids his attack and knocks him out of his mecha. She is about to kill him when a Red Ring Laser Mecha appears, and after some communication, she spares the Professor and leaves.

She later reappears in the Extra Ops "Next One", where she controls a Nova clone to stop the Regular Army's new machine, the Slug Gigant MK II.

In the Extra Ops "Supply Lines", Vita is being outfitted with the ability to fly by Navy. She wondered what the button was for, and Navy told her not to use it. As she flew around the base, Rapid spotted her and asked her for assistance in disrupting the Regular Army's supply lines, which she accepted. Upon destroying the new attack helicopter, she rode on Rapid's train back to base.

She continues to accompany Navy when a researcher casually converses with her. Vita stares at the researcher with suspicion, who is later revealed to be an infiltrator who successfully escapes the base. Vita personally punishes Navy in front of Abigail, seeing that Abigail would give a far harsher treatment for her incompetence. Vita's attempt to persuade Abigail is successful.

Vita appears in the Regular Army story "The Sand Kingdom and the Golden Hero", where she is sent by Abigail to oversee Assy Nero, which Abul Abbas has borrowed from them. Initially appearing to fight Eri in her Slug Armor, she becomes critically damaged and attempts to set off her self-destruct system, but is interrupted by a phone call and departs. When Assy Nero gets critically damaged, Abigail orders her to retrieve the engine core before leaving.

She later appears in the story "Cross/You", where she assists Navy in destroying Anima. Her past and relationship with Navy are also revealed in this story.

In "Cleopatra's Pleasure Tour", she arrives when Nova appears and runs off. She persuades her to stop fighting and they talk about their pasts. Nova offers her the Union as a gift, which she accepts. When Cleopatra investigates the new source of energy (Nova and the Union) in the hopes of awakening her master, Vita and her soldiers try to stop her but are defeated.

Vita accompanies Navy during at a research facility when it is attacked by the Invaders. The primary threat is Schwarz Metzelei, who goes on a feeding frenzy trying to find a suitable human and she eventually runs into Navy. Vita tries to fight Schwarz, but loses a leg in the process. Navy then returns with an Iron Vermilion; being impatient as she is, she attacks despite Vita's warnings. The resulting fight severely damages Vita and destroys the Iron Vermilion, but Navy is able to escape and repair Vita when Schwarz eventually leaves. 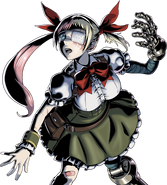 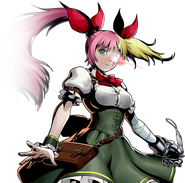 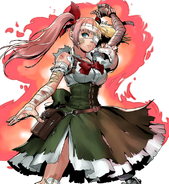 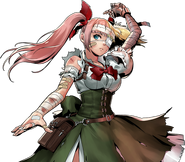 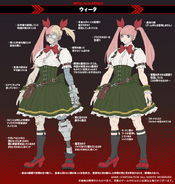 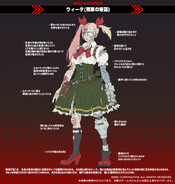 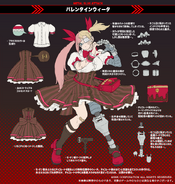 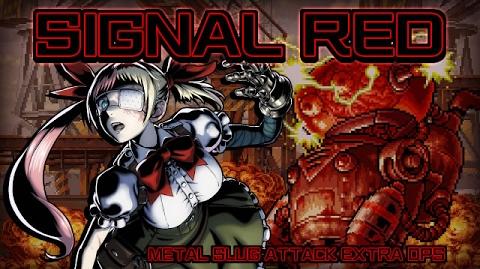