Yang Dao is a martial arts master who has spent his life training and perfecting a series of ancient martial arts techniques passed down in secret throughout the land. He has two dragonhead-shaped gauntlets which allow him to expel winds to resemble the legendary dragon creature that also possess massive power, which is his primary martial arts.

He spends his time training in the mountains, and rarely leaves it unless he hears of a place where he can train to an even higher state.

Like Chunyan, he hails from the same country as her. The two see each other as rivals, but are on friendly terms with each other.

First appearing in "Task Force 1st", he is sparring with Chunyan. Though he points out that her baozi (dumplings) reveal her presence, she reminds him she's also a cook and gives her one. As they converse, Chunyan reveals a location that can allow people to become stronger, gaining his attention and he decides to go check for himself.

At the island he encounters several other people who have also arrived to start training. Freelancing, he first helps out Beatriz's group before catching up with Chunyan's group. Though she is surprised to see him as they've cleared the boss from this area, Yang Dao senses a much more stronger foe up ahead. He decides to help his rival out as some of her unit are incapacitated from the traps on the island. 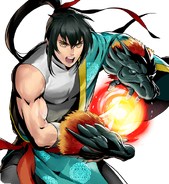 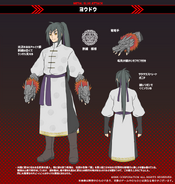 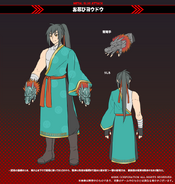