Trained in the art of ninjutsu, she can move so quickly as to appear to teleport - she normally shuffles slowly under the weight of her immense hammer, but she's able to leap huge distances with it, and can also move in the blink of an eye when using smoke bombs. She is also capable of creating clones of herself to damage enemies.

She belonged in the same village as with Jin and Shizuka. Yoshino's strength was the best in the village, so she learned a secret technique from the village elder. During an attack by the Arabian Army, Yoshino attempted to flee with the elder, though they refused and sacrificed themselves for her sake. Yoshino would wander around aimlessly sometime after the destruction of her village, though Dragunov would eventually recruit her into the Ptolemaic Army.

Sometime during her service in the Ptolemaic Army, she obtained a new pupil, Sho. Yoshino treats Sho as a respectful student, though he fears her due to her stance on training. Yoshino is also on good terms with Dragunov due to sharing similar ideals on strength (and having recruited her) and Caroline, who she teasingly calls the "Mechageek". She soon took in Mizuna as her second pupil, despite being aware of his intentions.

Her immense strength allows her to carry heavy prototype weaponry with ease, making her one of the strongest in the Ptolemaic Army. Despite this, she admits that she isn't as strong as Achetto, one of Mira's human experiments. Yoshino's intense training, even more than that of Dragunov's, has made her have a low buoyancy, so she is incapable of swimming no matter how hard she tries.

Yoshino is on duty to train her fellow subordinates in the Extra Ops "Destroy the Tower". While the soldiers are on their break, Amadeus Army deploys Toschka Dalanue. The tower kills her soldiers. Angered, she appears and hammers away the bottom three segments of the tower. After destroying the Toschka Dalanue, Amadeus robots surround her and self-destruct in an attempt to kill her. Fortunately, Dragunov arrived and saved her.

She later appears in the Extra Ops "Flying Ace", where she is fighting several Tar Men and a Dark Monoeye. She has difficulty killing the Tar Men until Caroline appears and helps her kill them. When the Dark Monoeye attempts to defend itself with monoliths, Caroline counterattacks with her ShootingRay. This allows Yoshino to move in and kill the Dark Monoeye.

In "No Limit", she saves Caroline before Destrade is able to kill her, stating that she will have Dragunov discipline her for disobeying orders.

In "Eternal Way", after Caroline and Towa destroy the Sea Satan+, Yoshino approaches Caroline and drags her away for disciplining for disobeying orders again.

Sometime later in "Growing Ninja", Yoshino decides to take a disciple named Sho and teaches him the way of the ninja. When Schwarz Metzelei appears with a Flying Shelt, Yoshino tasks him with tackling the two opponents alone, disappearing from sight and supposedly abandoning him. Sho manages to destroy the Flying Shelt and drives Schwarz off with his "Air Rend" skill. Yoshino congratulates him for his victory, but slaps him across the face to "knock some sense" back into him and for failing to notice her presence, telling him that he is still learning.

While continuing her training with Sho, she launches him into an Amadeus facility for more intense training. Dragunov comes in to ask her where her pupil went, just as they see smoke billowing from the facility.

Yoshino eventually takes in Mizuna, another ninja from her village into the army despite his intentions to defeat her. After Mizuna gets into a fight with Tarma Roving, MS-Heart and a Slug Puncher, Yoshino comes in to intervene. She reminds him about their pact; until he defeats her, she will ensure he will not die before then. MS-Heart tries to use the opportunity to attack, but Yoshino's immense strength prompts her to back off and retreat.

She later informs Dragunov that Sho had discovered an ancient treasure that was in Ptolemaios' custody. As they have no information on the treasure, she volunteers to tackle it herself, but Dragunov tells her to focus on the current mission on hand.

In Scrap Life, she and Dragunov go on a mission to acquire the Big Shiee, though when Caroline comes along despite being told not to, has Dragunov take care of her for the duration of the mission. Yoshino holds off Allen O'Neil when he manages to wound Dragunov and successfully escapes after stalling him long enough.

In Ωmegalpha, Yoshino is informed of an attack on their base by unknown mercenaries. She discovers the Red Goblin and quickly deduces that he is here for Ptolemaios since the base is not that damaged. She battles him, only to be defeated and warned not to intervene again. Yoshino tries to move but is unable to, realizing that the wound he inflicted on her is deeper then she thought.

In "The Dream of the Prodigious Mechanic", Yoshino helps Dragunov look for Caroline after she runs off, despite not having completely recovered from her battle with Red Goblin. Yoshino finds Caroline and calmly tells her what the Ptolemaic Army does to survive, and assures her that she will see Crablops. The twin tanks Shoe & Karn ambush them, but they are able to destroy them and continue on. Yoshino later teases Dragunov about how "some people" never change when Caroline begs for a monkey wrench.

In "Cloak of Darkness", Yoshino can be seen conversing with Dragunov, who later tasks her with finding the commander-in-chief (Ptolemaios) due to being a complete mystery for the army. In the secret ending, she also learns about Shizuka from Caroline, shocking her.

In "The Legend of the Samurai", Yoshino arrives on a deserted island to find the fabled samurai living on the island and acquire her fro the Ptolemaic Army. She meets Red and his group again. When she finds the samurai Jin, she challenges her to a battle. Both take heavy wounds, and Yoshino is dragged away by her soldiers despite her protests. When the Sand Marine gets destroyed, she orders a retreat.

In "Everlasting Summer Vacation", Yoshino is taking a break off with Dragunov at a local resort. She and most of the other army women on vacation overhear a Martian awakening that will allow Rootmars to give one wish, and begin to capture Martians. Abigail and Trevor later confront the two to free their Martians. They are defeated, but Abigail manages to surprise Yoshino with an attack, causing her to drop in the water. Despite pleas from Dragunov to stay afloat, Yoshino allows herself to sink, as a way to "train" herself.

When Caroline expresses her desire to obtain the Sergeant Drill, Yoshino and Dragunov accompany her into the base. Upon encountering Allen and Destrade, the two sides fight each other to settle unfinished matters. Destrade attempts to grab Caroline, but Yoshino stops her. She then tells the mechanic to support Dragunov, and eventually defeats Destrade in battle to rejoin her comrades.

Still training Sho, Yoshino eventually tells him about her origins and why she is intent on training him as hard as possible. She passes down the secret technique to him. When he expresses concern he would incapacitate her when the technique can no longer be used by the teacher once learned, she reassures him that she never used it at all. Proud of what her pupil has become, she allows Dragunov to use her however she wishes in their future operations. 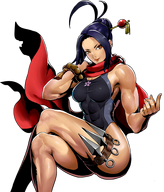 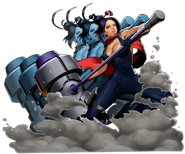 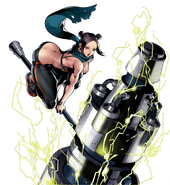 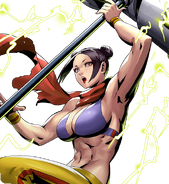 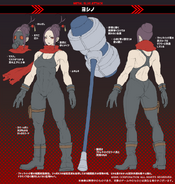 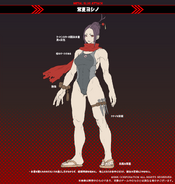 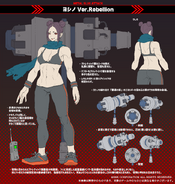 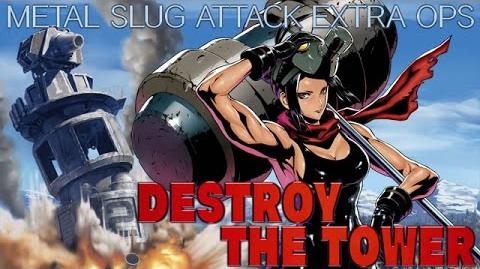 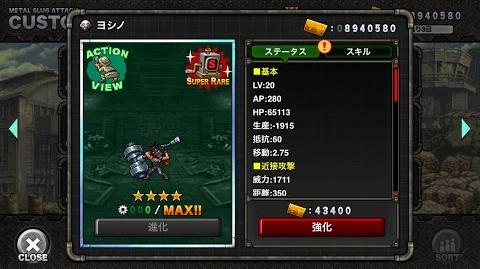 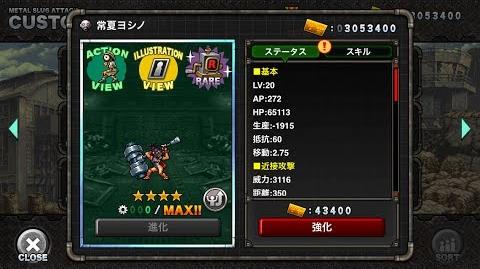