The Yuki Tsuki Hana is a group first appearing in Metal Slug Attack.

The group consists of four members - Kagura, Keisetsu, Tsukikage and Ouka. Kagura is the leader of the group, and all four members have connections in the East. Originally samurai, they became ronin after their home was destroyed by the Ptolemaic Army.

The group makes their first appearance in "Four Samurai" where they ambush a Space Union being escorted by Sho and Mizuna. After Sho realizes they hail from the same area, he tries to negotiate for safe passage, but is refused by Tsukikage. During the battle, Ouka begins annoying Tsukikage, prompting Keisetsu to try and break them up, while Kagura yells at them to stop arguing amongst themselves and work together. This plea falls on deaf ears as Sho and Mizuna use the arguing to their advantage to escape with the Space Union. This causes the three samurai to start arguing again, much to Kagura's discontent.

The four eventually acquire Crusty Legs, intending to use it against the Ptolemaic Army. During this time, Ichima tells them to ally with the "man who would save the world", but they initially shun it off as absurd. They arrive at a Ptolemaic base, only to find it seemingly abandoned before Bloom Metzelei confronts them. In the ensuing fight, the Crusty Legs is destroyed and Kagura is wounded, but Ichima returns and rescues them. Ichima's intervention convinces the four to find and ally with the Red Goblin Society.

Kagura later accompanies Elena in clearing out a Ptolemaic base. 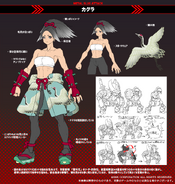 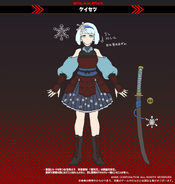 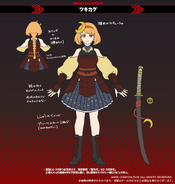 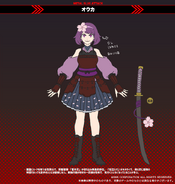 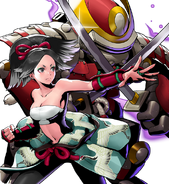 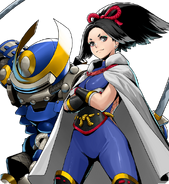 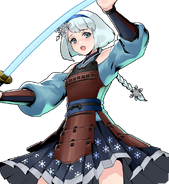 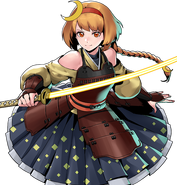 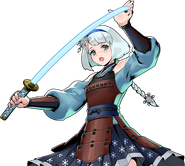 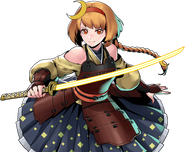