Spitting or tossing infectious fluids
Launching themselves toward the player

Martians (According to MSD)

The Zombies are recurring enemies introduced in Metal Slug 3.

In Metal Slug 3, zombies were once regular people, Rebel soldiers and researchers that are transformed by the power of the Monoeye UFO. In Metal Slug 4, the boss of mission 4, Big John, is used by the Amadeus Syndicate to turn everyone in the area into zombies.

Zombies are slow-moving, clumsy enemies, but they can zombify any human, both NPCs and players, almost instantly with their infectious fluids. They are significantly more durable than ordinary humans, with even the weakest able to withstand several rounds of fire before destruction. Fortunately, they are slow-witted, easy to outmaneuver, and often trip when fired at. POWs are not infected by any type of zombies' attacks.

If the player is hit by a zombie attack, they transform into a zombie. As a zombie, the player's character moves much slower, jumps much lower, cannot crouch, and is restricted to their default pistol weapon. Also, an attack from an enemy zombie or the level boss will kill a zombified player. On the other hand, the advantages of zombified player are that the player is immune to nearly all attacks from the Rebels, and the player's bombs are replaced with a deadly wave of bloody vomit which covers nearly the entire screen. Enemies killed using the blood wave don't give any bonus points from it. Zombified players can transform back to human form by obtaining a first-aid kit.

In Metal Slug Defense and Metal Slug Attack, zombies are considered to be part of the Alien faction, with the exception of one zombie, Jane Doe, who is part of the Rebel Army.

Infected Survivors make up most of the zombie horde. Slow and individually weak, they can quickly gang up and overwhelm the player. Common zombies trip over the most often.

Note: All common zombies act the same, the only difference is their health, speed and toughness.

Uncommon zombies are more dangerous and have unique attributes. They are typically found in specific areas of the mission. 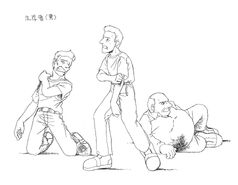 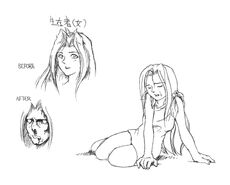 A woman survivor before becoming a zombie. 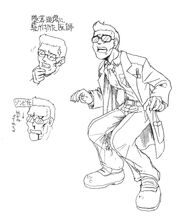 A scientist before becoming a zombie.